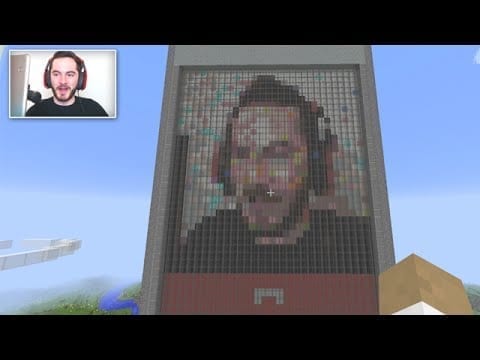 After a near three-month span, user developers completed a Minecraft undertaking that has left everyone incredulous. Verizon Wireless teamed up with famous YouTube stars SethBling and CaptainSparklez to build a web app called Boxel. Their special, open source coding now allows all  Minecraft users to:

Order a pizza, make a video call, send a text message, browse the web [even] create a selfie stick to send an MMS selfie to a friend.

As the attached videos will demonstrate all of this is somehow possible using only Minecraft’s system of pixelated blocks. Players even have to build the phone and networking systems all on their own with the games various resources. That’s right, we’re talking real-time video conference calling via Minecraft! CaptainSparklez was the privileged first to attempt this feat but now with their open library you can directly code your own interface to be able to send live texts to your friends in-game. Even if they’re thousands of miles away, your friends will get calls from Verizon’s cellular network to connect to their actual characters in the Minecraft world.

Though this type of thing may seem pointless to some, we have to admit it’s pretty dang cool! Verizon’s newest gaming innovation opens up a whole new realm of possibilities in future gaming that were previously believed to be impossible. Once the beta goes public and all the crazy talented modders out there get a hold of the open source library, we can’t wait to see what kind of new crazy innovations come out of the ever-impressive world of Minecraft. Just watching the “engineer” villagers in the video below working hard to construct these impressive redstone powered cell towers that allow users to browse the web in real-time. Players can even make two-way video calls that display their Minecraft avatar looking around in 3rd person live.