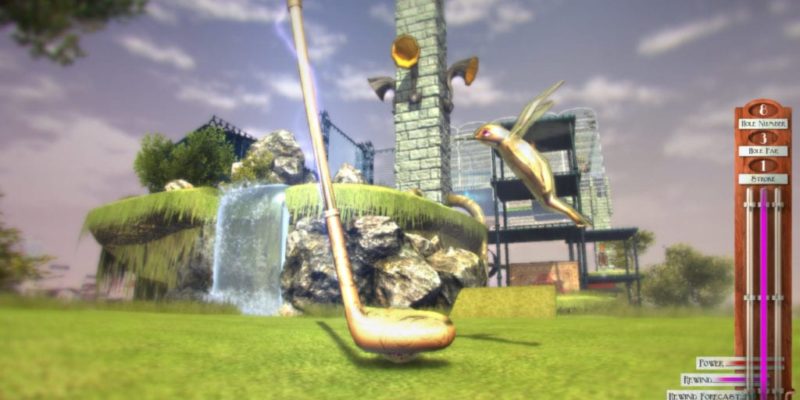 Steampunk mini-golf-’em-up Vertiginous Golf is free to grab on Steam for the next 24 hours, with its DLC discounted by 50%.

Vertiginous Golf is described as a “dystopian steampunk mini-golf adventure game set in the skies above an alternate world” which is immediately enough to capture my interest. I mean… how do you not want to see what that’s like?

I have no idea whether it’s any good or not, mind. Steam’s user score describes it as “Mixed”, although our own Peter Parrish seemed to largely enjoy his time with the game’s Early Access build back in the dark old days of March 2014. So, hey, it’s probably worth a punt. Or a putt.

To get your hands on it, simply head on over to its Steam page and hit “Install Game.” That last sentence was going to be one long sexual innuendo about firmly grasping your wood and aiming for a small hole and so on, but this isn’t Shadow Warrior or a football game, so jokes about Wang and balls didn’t seem quite so appropriate.

Thanks to reader MorningLM for pointing this out, although it is also in my Steam RSS feed. Even so, the heads-up is appreciated!