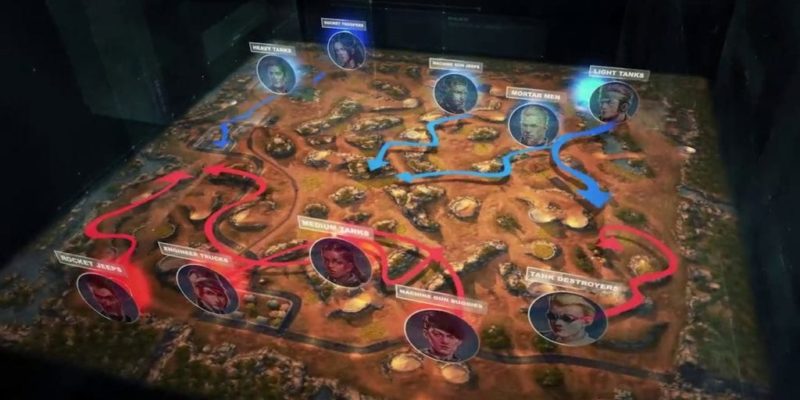 Two years ago ago Petroglyph launched a Kickstarter for Victory which was cancelled and now it’s back with a slightly new name.

Back in 2013 Petroglyph attempted to Kickstart a new RTS project called Victory and they were looking for $700,000 to get the game made. It was a lofty goal and after the first week it was pulled due to the funding falling short. At the time we spoke to Petroglyph to find what went wrong and it was apparent they felt is was not the game their fans were expecting.

“A better Kickstarter project for us would be to make a much more traditional RTS game that appeals to the nostalgia of classic RTS gaming experiences from the 1990’s. Yes. We should have targeted something more traditional and nostalgic. You never know until you try something. While we were unsuccessful with Victory on Kickstarter, we learned a lot!”

Petroglyph has now delivered that classic RTS experience with the release of Grey Goo last week but it’s not the only thing they’ve been working on.

This evening we spotted a that they’ve launched a new site  for a game called Victory Command which is a 5v5 tactical strategy title where you choose a company of units and then take them into battle. This was the basis for Victory back in 2013 when we were shown a very early build of the game (see below) and it looked like a jump into the MOBA space for Petroglyph.

Screenshots of the new Victory Command show that the game has changed visually with more stylised units giving the game a less serious feel. Victory is being developed by Petroglyph but there’s also mention of co-development involvement from Seoul developer Neoact who created the MOBA Chaos Online.

The game’s first trailer has been released along with shots, and below that you can see our gameplay session with the devs of Victory from back in 2013 which demonstrates the similarities between the two. A sign-up page to beta test the new game is also live.