In the first of an ongoing series looking at short films inspired by video games, I chatted with Brian Curtin, director, producer and editor of Beyond Black Mesa. The short film is inspired by Valve’s classic game series Half-Life, named after the research facility found within the game. It tells the story of Adrian Shephard and a group of resistance fighters, struggling to stay alive long enough to warn the world of an impending invasion.

AR: Why did you choose to make a short film based on Half-Life? By that I mean did you consider other video games, or was it only the world of Half Life you were interested in exploring?

BC: There are three big things about Half-Life that appeal to me as a filmmaker. The first one is that I have been a fan since I first played it 10 years ago. I still don’t fully know why it was such a memorable game, but I lost myself in it. As an independent filmmaker, you work from inspiration and I got it from the Half-Life series. Secondly, the story is so good. I won’t dive in too far, because that pool is real deep, but the world of Half-Life is exactly what I like to try to envision on screen. Strip everything away and you’ve got a huge disaster, zombies, aliens, mystery, resistance vs. overpowering gas-masked soldiers, and in the middle of all this is an unexpected hero scientist. Sounds like a good movie to me. Thirdly, the look and feel of the games, more so towards Half-Life 2. Everything is so well designed. I just really like the style. 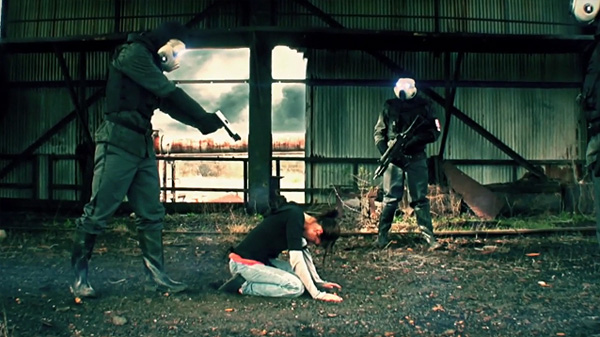 AR: You have various elements from the games in your film. Was Valve aware of the production at all before the film was released? If so, what were their thoughts to you using logos and designs?

BC: There was no contact during the production of the film. Since it was a fan film, we made sure that they were the first to see it before we released it. That’s when we finally got in touch with them. It’s funny, I think Valve is as mysterious as G-man – very untouchable. They were very helpful, but not too interested.

AR: What has Valve’s reaction to the film been like?

BC: They enjoyed it. They also expressed that they were not too fond of the combine ninja boss… I understand. 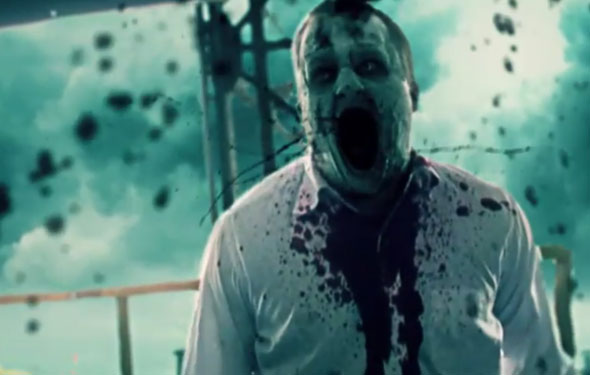 AR: For a fan made film it has a very high production value, using a lot of stunts, costumes and special effects.

AR: Could you explain a little about how you funded the film, and how much it cost, and how long it took from concept to completion?

BC: It was completely funded from our own pockets. I consider myself a very resourceful person, but being resourceful is a challenge that I occasionally find fun. Between producers Mat Powell, Matt Hall and myself, we spent around $1,200. I’d like to think that the film looks more expensive than that. Unfortunately, to keep costs that low, we had to put in a number of hours that I never want to know the total. Let’s just say A LOT of time went into it. With that said, it was a two year process in between full time jobs.

AR: You do not have any dialogue in the film, only narration. What was the thinking behind that decision? Or was it more practical?

BC: Ha! Very practical. We’ve learned to stick to our strengths. We are not actors and we didn’t have access to actors. So less acting would save the film, but you can still tell a story.

AR: Which filmmakers would you say influence your own work?

BC: I find that most of my influences come from the iconic movies of my childhood like The Goonies, Indiana Jones, Star Wars, Sand Lot, Army of Darkness. I don’t think any sci-fi filmmaker can not mention Lucas and Spielberg. I like what J.J. Abrams is doing nowadays, he is still keeping some of that nostalgia alive.

AR: With a spate of video game adaptations currently in development, do you think we will ever see a Half Life feature film?

BC: Yes, but not until Valve knows it’s ready. Just like Half Life 3. It will come when the time is right. Or when I can raise enough funding on Kickstarter to make it happen! 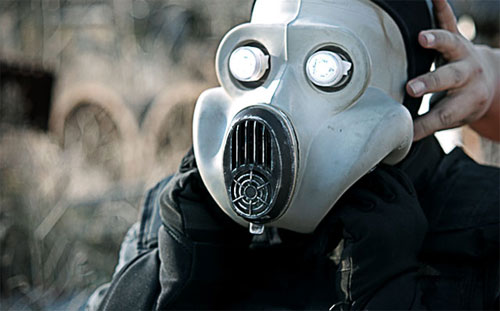 AR: So what’s next for you?

BC: That’s a secret for now. It’s about 20 times bigger and better than Beyond Black Mesa. If you enjoy our films, then you’re going to love this. Give me six more months.

AR: Are there any other games you would like to adapt into a short film?

BC: That’s what I’m making right now. It’s going to be killer, we’re in the zone!

My thanks to Brain Curtin for taking the time out to talk to us. To watch Beyond Black Mesa, as well as short videos about the making of the film, and to keep up to date with any future films from Brian Curtin and his team, please visit their YouTube and Facebook pages.

Retro City Rampage gets a release window and cereal advert