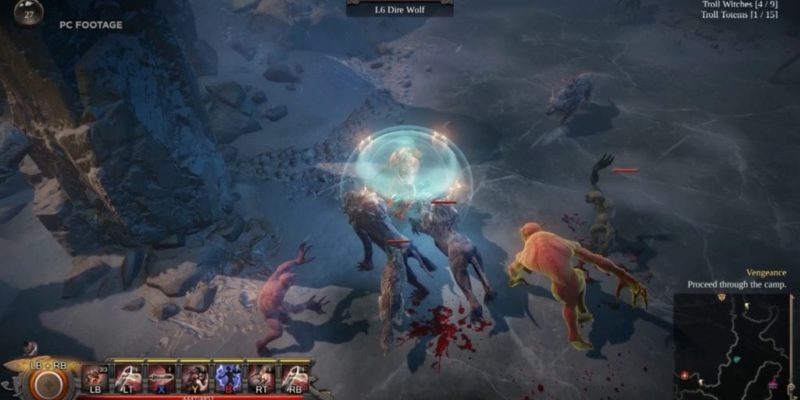 Kalypso have put out a new trailer for their upcoming aRPG, Vikings – Wolves of Midgard, featuring a brief look at some combat. This being an aRPG, that mostly involves numbers popping out of just-hit enemies.

There’s also a look at various area-of-effect and combo skills that your Viking or Shieldmaiden character will be able to employ, as well as some of the rather large Jotan bosses you’ll be coming up against. You see, the Jotan are angry at the Gods of Asgard, so they’re causing havoc across the realms. As a clan chief in Midgard, you’d prefer it if they just go away and stop destroying everything.

Vikings – Wolves of Midgard has an ‘Early 2017’ release date. It can be played in either single player or (online) co-op.