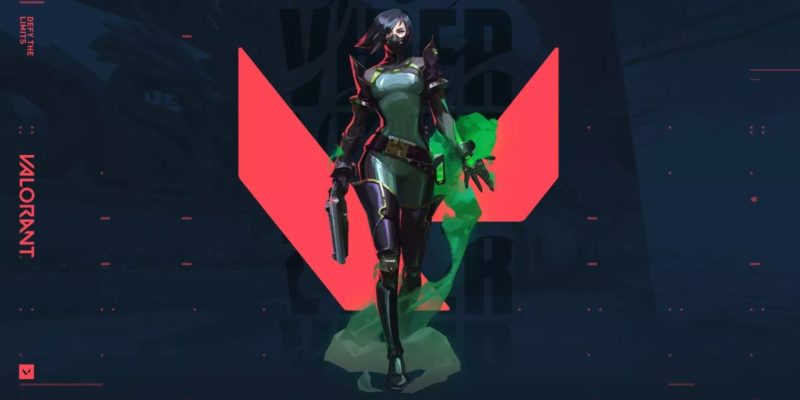 Viper is the queen of toxins and chemicals. She uses them to control the battlefield and limit the vision of her enemies. In the video below, you can see Viper using three of her four abilities to sow confusion among her enemies, separating and then dispatching them one at a time.

Viper’s first ability is called Snakebite. It lets her fire a projectile that explodes into a pool of damaging acid. It’s basically a Molotov cocktail from CS:GO, but reskinned with chemicals.

Her next ability is the one she uses to eliminate the first enemy in her official introduction video. The ability is called Poison Cloud, and it comes from an emitter that Viper can throw, activate, and pick up to use again. Poison Cloud uses fuel to power it, so it will only last as long as she has fuel remaining.

Viper’s Signature Ability is Toxic Screen. This ability allows her to deploy a long line of emitters that shoot a toxic wall into the air. Toxic Screen also uses fuel, and it can be reactivated as long as Viper has additional fuel. However, it cannot be repositioned. 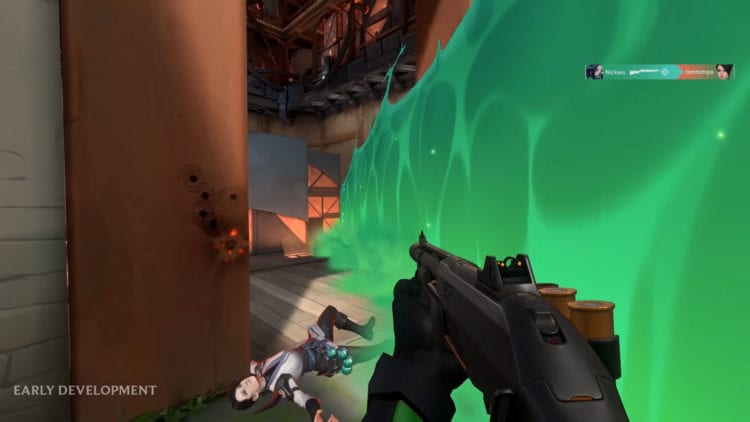 Every Valorant agent also has an ultimate ability, and Viper’s is the massive toxic cloud she hides in at the end of the Twitter video. The ability is called Viper Pit and lasts as long as Viper remains in the cloud. Although, in the video, she briefly leaves it twice and the cloud doesn’t dissipate, so there might be some leeway there. Also, enemies inside the cloud are highlighted to Viper’s vision.

That’s all we know about Valorant’s Viper right now. We, along with first-person shooter fans around the world, are desperate for more information about Valorant. We’re keeping an eye out for every little detail, but for now, we offer you our thoughts on the 10 gameplay details we believe will define Riot’s shooter.

By Tim McDonald19 hours ago
News