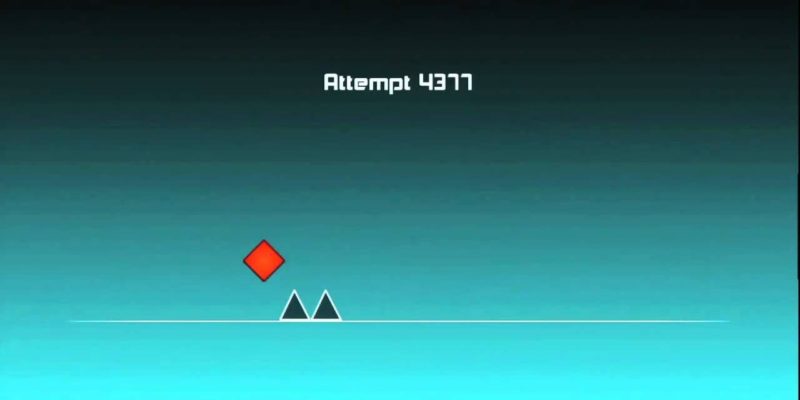 The best-selling, super-hard platform game that has already challenged players on iOS, Android, Xbox and PlayStation (and made extreme difficulty cool before Flappy Bird) is finally available on PC, Linux and Mac via Steam.

Made possible by fans voting for the game on Steam Greenlight, this PC version includes five classic levels and an exclusive new Level Editor. Now anyone can build their own infuriatingly hard test of skill and share it with the world.

The Impossible Game is a genuine viral smash hit, having reached #2 in the iOS App Store and selected by Apple as their App of the Week. Gameplay videos of The Impossible Game, including a classic episode of ‘Rage Quit’, have been watched over 15 million times on YouTube. Having first launched on Xbox 360 in 2009, it is now available on iPhone, Android, PSP/PS3/PSVita and Windows Phone.

A minimalist platformer with only one button, The Impossible Game has been described as “platforming taken back to its roots” by GameTrailers. Jumping over a series of spikes, pits and blocks may sound easy, but The Impossible Game, as its name implies, could possibly be the hardest game ever made. Yes, even harder than Flappy Bird.

Set to a pounding techno beat, the game is unrelenting in its difficulty, counting every failed attempt in big letters at the top of the screen – taunting you to try just one more time. No wonder Eurogamer described it as “bafflingly addictive”.

FlukeDude said: “Impossible Game fans have been asking for a PC version and a level editor for years, and it’s thanks to their support on Greenlight that I’m finally able to make both a reality. I can’t wait to see what they come up with.”

A free Flash-based demo is available at the official website.