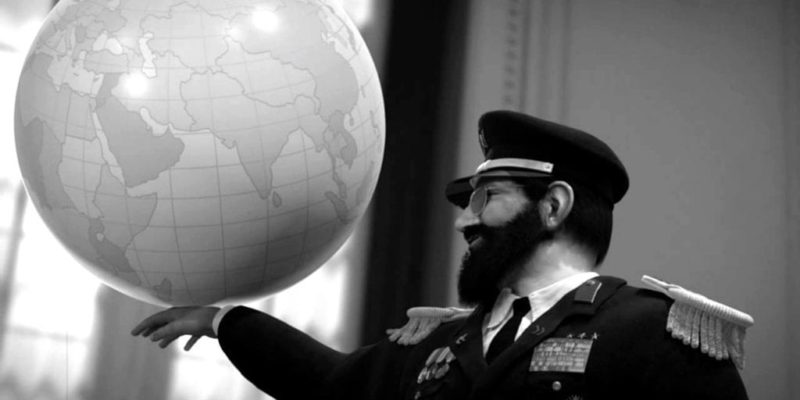 That’s not the actual world, obviously. That would just be weird.

Viva El Presidente and his legendarily long life! Tropico’s communications man Penultimo has told us that Haemimont Studios and Kalypso Media have announced Tropico 5, due to hit our PCs sometime in 2014.

Tropico 5‘s biggest feature is the addition of dynasties, letting you control Tropico from the 19th century through the 21st. You’ll start off in colonial times, laying the groundwork for your dynasty, before guiding the island through both World Wars, the Great Depression, the Cold War, modern times, and into a glorious future – all of which will have different challenges and different needs for your people.

You’ll also have access to El Presidente’s extended family, who can be promoted to various positions (from ambassador and commanding general through to Supreme Ruler) to continue your legacy.

That’s not even close to being everything, though. Research will be heavily emphasised through the generations as you try to secure access to more modern buildings and technologies, trade will be expanded to let you build your own trade fleet, the island will have to be explored to find new resources (and dangerous wild animals, and angry native tribes), and four-player multiplayer will let you compete or cooperate with three others. Share resources or declare war: it’s up to you.

All of which sounds excellent to me. Tropico 4 was a bit of a friendlier rehash of Tropico 3, but this sounds genuinely new and interesting. Hurrah!

Tropico 5 is due out in 2014, and there’s an initial teaser trailer below.

Been on guardian leave: Guardians of Middle Earth coming to PC