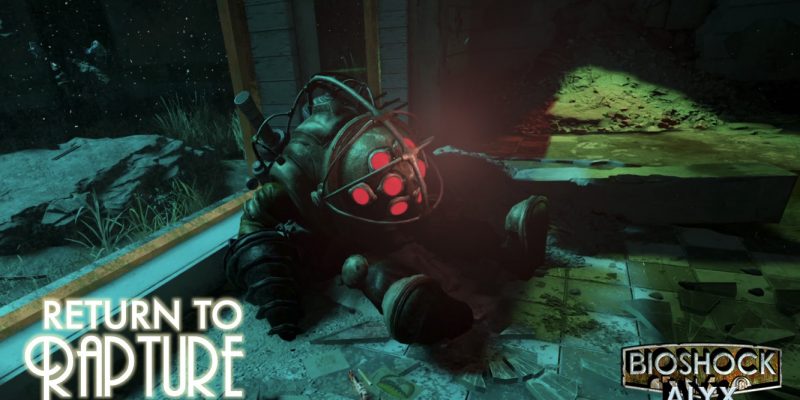 If you have experienced the glory of Half-Life: Alyx and thought to yourself that it would be a great idea to have that for the BioShock series, you are not alone. Thanks to an enterprising community member, you can enjoy Return to Rapture, a full virtual reality campaign that mixes elements of Half-Life into 2007’s BioShock running on the Half-Life: Alyx engine. There are a total of eight episodes, and fans of both properties will definitely enjoy this new romp.

In Return to Rapture, you will see environments and objects from BioShock mixed with enemies from Half-Life. It even tells a unique story that is distinct from either Valve or Irrational Games’ work. If you think about it, this comes out only about a year since Half-Life: Alyx arrived. That is some impressive work.

And it is all thanks to user wim.buytaert.1988, who has generously shared his work for free on the Steam Workshop. All you have to do is own Half-Life: Alyx.

The setup is quite intriguing as well. As the creator puts it, the Combine has somehow found its way to Rapture. Their target is Andrew Ryan’s missing suitcase, which just so happens to hold the secret of ADAM. Suffice to say, we will need to stop them. Nobody needs another army of evil sweeping its way across the world, both on land or underwater.

While BioShock environments will be familiar in Return to Rapture, work has been done to include reworked objects that are now interactive in nature. The vending machines actually work, and the Little Sister machines are creepier than we remember.

Playing as Alyx, you will also have access to plasmid powers as you deal with enemies new and old. Aside from the famous intro scene with Ryan’s voiceover, everything else is different. You still end up at Rapture after surviving a plane crash, but outside of that, prepare yourself for some surprises. 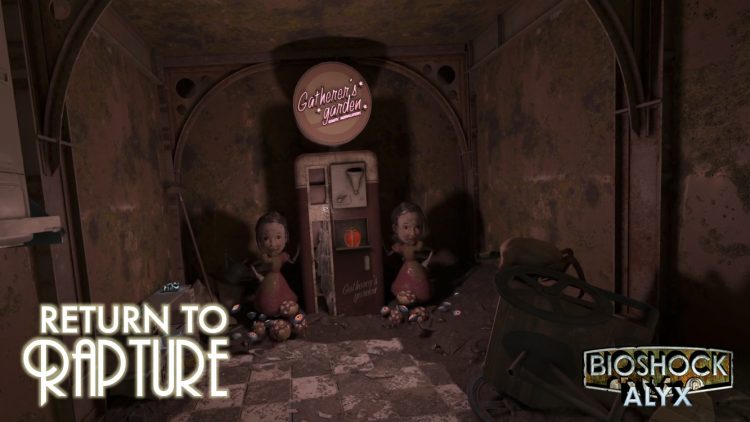 Despite the Return to Rapture title, there are certainly more Half-Life elements in play here. Headcrabs and barnacles are common sights, while the Combine is the big bad after all. Players can find Half-Life equipment lying around, and there is no doubt that the zombies make a perfect addition to the world of Rapture. Security drones are always worth destroying as well.

Combine all of that with the immersive VR experience, and you have yourself a unique way of immersing yourself in a world many know and love. The way the tone and feeling of BioShock is delivered in VR is a pleasant surprise as well.

Return to Rapture goes the extra mile, with a voice actor giving us a performance as an alternate Atlas. Players are guided by his voice throughout the new campaigns, and the delivery is pretty apt, to say the least. A new score, instead of recycled music, helps to make Return to Rapture an even more impressive endeavor.

If you have about seven hours to spare, we highly recommend jumping in. Now, what other games would we want to see in VR? The possibilities are endless.