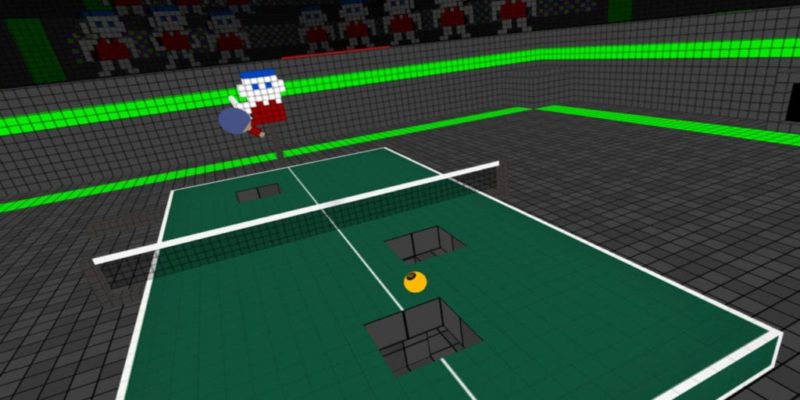 With more VR headsets in consumers’ hands, there has been a flurry of new VR releases recently; which means it’s time to dust off the PC Invasion Vive. As developers are still finding their feet with the tech, a recently released title that makes perfect sense for VR is VR Ping Pong. Or Wiff Waff, if you’re Boris Johnson.

I loved table tennis in my youth. Many an hour was spent hammering a small ball over a net. But lacking access to proper table tennis table for a long time put pay to my pastime. Thankfully, there’s now a VR solution which doesn’t even require a table. Although buying an actual table is a lot cheaper, I’m sure.

VR Ping Pong from Reddoll Srl puts you in front of a table tennis table against AI opponents of varying abilities and also comes with multiple game modes. Some of these modes are still to be activated as the game is in Early Access. 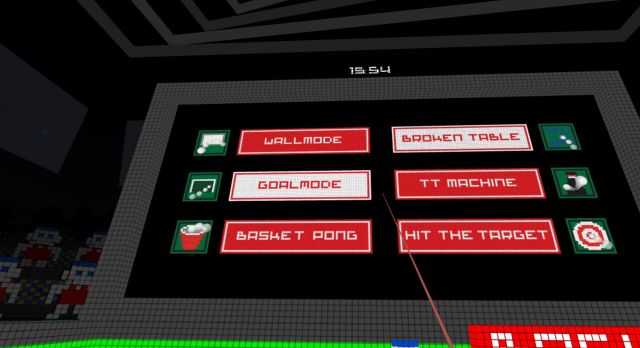 The controls are super simple, utilising one of the Vive’s controllers as the table tennis bat. That’s basically it. Positioned at one end of the table, players face a pixelated, robotic-like opponent with an extendable arm that thrusts forwards and backwards to hit the ball. The standard rules of table tennis apply, everything from scoring to serving. But these rules go out the window in the game’s other modes.

Away from the standard games, there are other options for play that could only work in a videogame. In one mode, every time the ball hits the table it punches a hole in it and any subsequent shots have to avoid the hole that’s just been created. It’s a really neat idea and works very well.

You don’t get this in real ping pong.

In another of the unique modes, players have to aim their shots into a moving football goal. When the shots land in the goal the balls bounces back to the player who then has to aim the next shot into the moving goal until you either miss or screw-up the shot when the ball comes back. 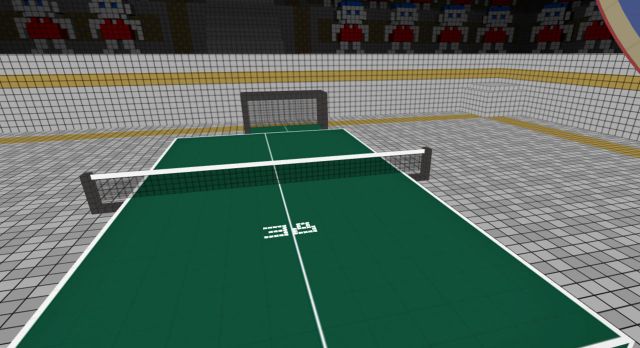 The final mode is simply playing against a wall at the other end of the table, which is definitely the least interesting of the current extra modes. More modes will be added as Early Access continues including Hit the Target, TT Machine and Basket Pong.

To really challenge yourself there’s a tournament mode called the TT Cup in which players take on the AI in a championship. Getting through this right now is probably more about stamina and whether or not you can handle a long session in VR more than anything else as I couldn’t find a way to save progress.

So how does it play? Very much like table tennis funnily enough, it’s a pretty solid representation of the game, with a few exceptions. The table does feel a little small in scale making it harder to pull off smash shots. There’s also the problem of spin on the ball, or lack of it. I have not yet found a way to do it, and while this is not that important against AI players, it would still be nice to see added. It may be a little too tricky to pull off, but there’s probably some work still to be done on the physics before full release. 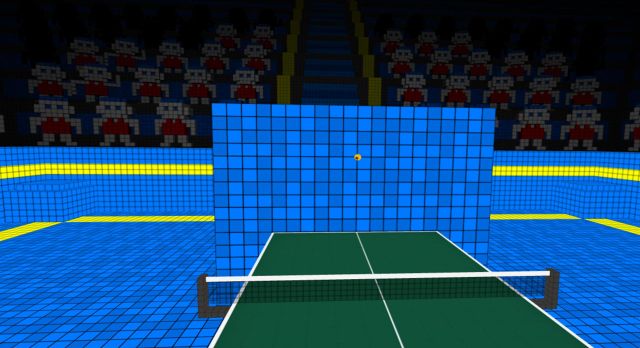 A wall is about the standard of opponent I need.

There are three AI difficulty levels in the game, and there’s quite a difference between easy and hard. The harder AI will send fast shots back at you which means you need to stand a little further back from the table – exactly as it should be. The AI is not easy to beat and will keep you coming back for more punishment.

VR Ping Pong is a good way to pass thirty minutes in VR, and, with more modes still to come, it could keep getting interesting. If an online multiplayer mode is ever added it would really make it worthwhile. All in all, so far it’s a decent piece of VR entertainment and only costs £3.99 right now which is probably about the same price as a ping pong ball.

By Cameron Woolsey9 hours ago
Previews