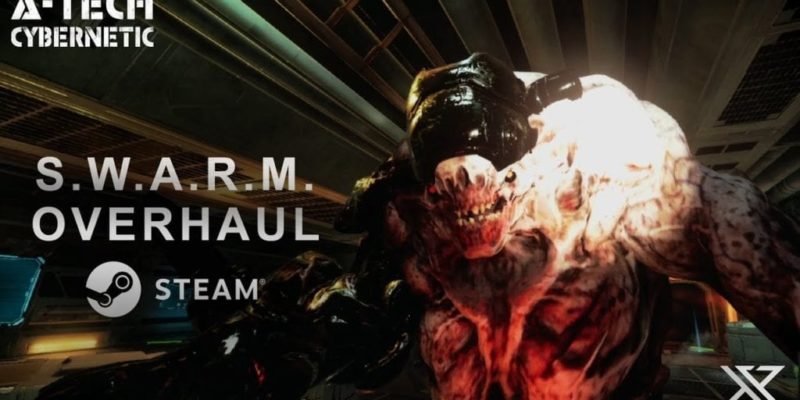 The VR shooter A-Tech Cybernetic has been in testing since March this year with a small pool of testers and now developer Xreal Games is ready to spread the word.

Following feedback from testers, Xreal Games has expanded the game from a typical wave shooter to a more fleshed out release with a story mode. This sci-fi shooter has players dashing around a complex fighting a mutant invasion with a variety of weapons and superhuman powers.

“We wanted to see first if we were indeed on the right track with our game. As the VR gaming scene is quite new, there are no working patterns that has stood the test of time and it is also changing rapidly: just a year ago exploring a highly detailed, interactive environment was basically enough for many players as VR was still a new thing. Today it’s different, VR is getting closer to the classic PC games market considering players’ demands. That is why we wanted to explore their needs and find out what they expect from a good VR game. That’s how our story mode got into the game,” said Dániel Harsányi, CEO at Xreal Games.

The Early Access version of A-Tech Cybernetic comes with four Swarm maps and one Story Chapter. There’s also a demo available so there’s no excuse for VR gamers not to take this for a spin. Head to the Steam page for that and more.