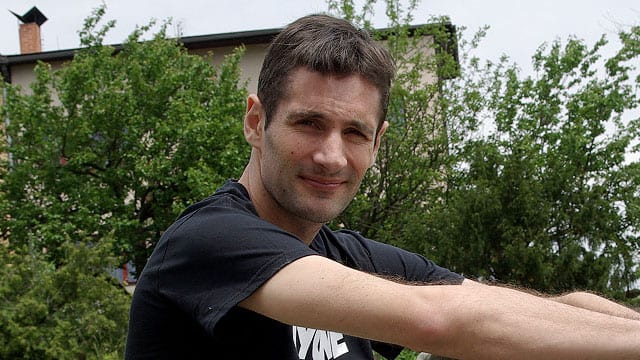 The media has become caught up in the VR hype and we hear very little from developers about what they really thing about VR, the Rift , Vive and other VR systems.

Today Dean Hall (DayZ/Ion) posted what is probably the most honest statement about VR we have see yet from a developer and he shares similar concerns to us here at PC Invasion. Read his whole quite in full which appeared on the New Zealand subreddit.

I see a lot of media treating Oculus and Vive as having a relationship like PS/Xbox. Personally I see them as fairly different. While there is some overlap that seem, at least initially, like they are focused in different areas. While you can use each to do what the other is, they’re both designed at the core quite differently and seem to me to be retrofitted to also do what the other is. For example, the Vive is focused on positional tracking right from the get-go and it is clear when you use it. Games designed for one or the other work best, IMHO, and I would offer EVE Valkyre as a great example. CCP sat down and made a game for the Oculus and the result was outstanding.

It’s been a real lesson in “back to basics” for development. It’s like the old console days where you absolutely have to hit your frame rate. If you drop any frames you can make the user sick. Curiously, this affects some people more than others. I can instantly notice the drop of even a few frames with the headset on. Where as two of our team couldn’t notice it even when it was dropping heaps. I would get sick easy, they wouldn’t.

Overall my greatest concern has been: can we make good VR games that people will want to play for longer than 20min?. Vive/Oculus make for great E3 demos. When people come to the studio for visits, inevitably we send them off to the VR room for a demo. It offers simple, clear, and relatable experiences that anyone can appreciate.

In reality I see this as a very expensive Wii. The Wii was successful because it offered simple, fun, approachable experiences at a low cost. We don’t know what kinds of games will sell well, how big the market will be, and so on. So our steps with VR are exploration and we’re not banking the studio on it. I fear some studios are so swept up with the possibilities of VR they’re putting everything into it when we don’t know anything about the VR game market. How many people will be buying VR games? and how much will they pay?

The full room tracking is the big plus for me. We mounted the base stations at the top of the ceiling each corner of the room, and connected their power points to a central switch so it on/off.

Here are some pics of the setup in our VR room. Francis is in the photo. He was part of our 2015 internship programme and got to make VR games with the Vive over summer (and get paid!). He’s now fulltime 🙂

It’s a really awesome piece of kit. We don’t expect to make money from games we make for it for some time. We’re focused for now on learning how to make games with it.

Just FYI. We have been using the development versions in my studio (rocketwerkz, dunedin). They’re amazing. They don’t make me sick, and there are sample games that are a lot of fun. It’s the device that really convinced me that we could make fun (and not just casual-as-fuck) VR games.

Dean Hall hits the nail on the head and makes some very valid points. VR is an unknown and developers would be crazy to invest heavily in VR at this stage. There is no doubt that both media and development studios have been caught up in the hype and it’s been a concern of ours for a couple years now.

As soon as we started messing around with our DK1 we realised  there could be something there but it’s an unknown. All we had to go on was the failure of VR in the nineties. The DK2 was a step up, but again it is just not a great VR experience. Sure it’s fun for a while but the novelty wears off very quickly.

The consumer versions of the Rift and Vive are another leap forward but they are essentially offering the a similar game experience. The Wii comment is valid but this time you have to shell out a lot more for the experience. Hall also brings up motion sickness as still being a problem that could still affect some players depending on the game. This is a fact that’s constantly swept under the carpet.

It’s refreshing to read comments from a developer that is not trying to sell VR. Sure, Hall is working with VR, but he’s canny enough to know it may fall flat on its face.

Activision not on the E3 2016 show floor this year

By Nicholas Montegriffo3 hours ago
Features