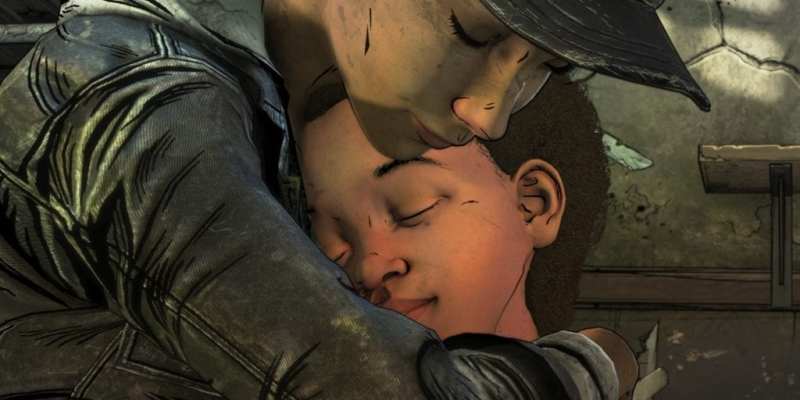 Telltale Games had the highest of highs and the most soul-crushing of lows last 2018. Their flagship series, The Walking Dead, may have simply gone away much like the company itself had it not been for Robert Kirkman’s Skybound team. Kirkman, the mind behind the modern-day zombie apocalypse comic itself, decided to keep the dream alive. That leads us to the present, with The Walking Dead: The Final Season’s third episode — Broken Toys — releasing with Skybound at the helm.

This review contains some minor spoilers. If you want to go in blind, check back after playing for yourself. 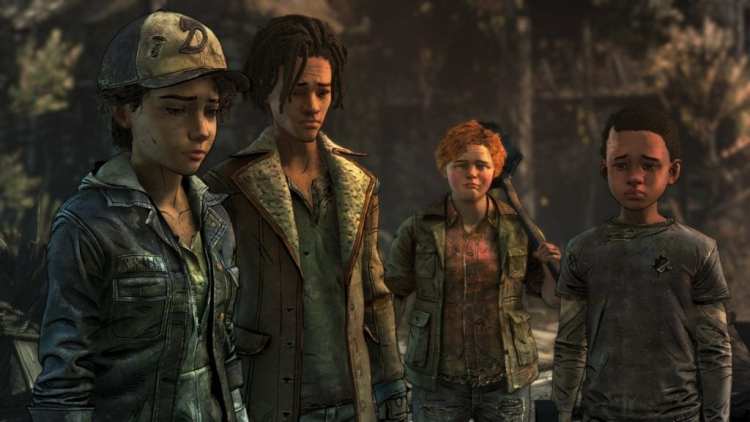 Seeking Vengeance in The Walking Dead: The Final Season – Episode 3

The game starts off with survivors of Clementine and AJ’s group in the Ericson Academy burying their dead. Knowing that some of their friends have been kidnapped, the team hatch a plan (although spats seem to be brewing). Abel, a member of the raider group Delta, has been captured and the duo interrogates him.

This presents another unique moment, one that has been brewing since Season 2, regarding Clementine’s — and by extension, the player’s — relation to AJ. Acting more like an adoptive mother than a big sister, Clem’s actions and decisions will mold the young man AJ would become. From the get-go, you already see how much the kid has toughened up, hardened by the world around him.

Clem and AJ then lead their troupe to find Delta’s riverboat where their friends are being held captive. They hatch a plan to infiltrate the vessel but they’d need the help of James, a former Whisperer who first appeared in the previous episode Suffer The Children. 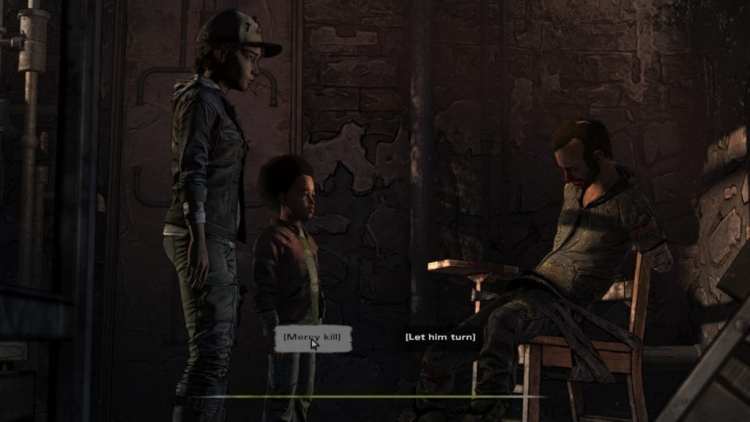 At its very core, The Walking Dead: The Final Season is indeed about growing up and facing the harsh realities of life. It’s Clementine’s journey, first and foremost, from a little girl under the care of Lee, to someone who other kids now look up to. The responsibility on her shoulders is staggering. She not only has to look after AJ. She has other young people and children to lead.

Broken Toys is an episode that focuses on dreams of hope and optimism — something every parent would want for their child — shattered into pieces that can never be mended. The kids themselves can be considered as “toys.” On the one hand, Delta plan on using them as fodder and child soldiers in their war against an unnamed group (note that long-time fans can venture a good guess). On the other, you watch as Clementine plays with the emotions of other people her age, all slowly shaping the values that the younger AJ holds dear.

AJ’s learning of the world around him — from justifications of killing to friendships, and the acceptance of death and loss — make you feel for Clem’s journey and the decisions you have to make. One of those will have major consequences towards the end. 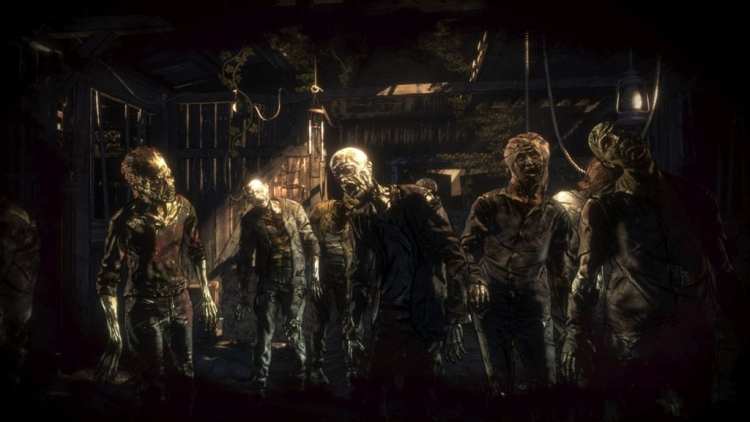 A couple of scenes stand out. The first is when James asks Clementine to don a walker mask to walk among the undead. The hair-raising scene lasts but mere moments — the game switches to first-person for this — but the poignancy and wonderment are resonant. I could even go so far as to state that this is another allusion to “broken toys” after James mentioned that the Whisperers “collected” them.

After that, AJ asks Clem about lessons that he needed to learn, whereas minutes before he had just been chiding about their friendship since the teenage Clem was already “too old.” The mature and brave face Clementine has to put up to protect her ward is juxtaposed with a party back in the school. These are kids, after all, and their rescue mission the next day could lead to their deaths. They may as well have a bit of fun.

One can’t help but wonder how much of this episode was finished before Telltale Games had to close its doors. Was the script already done and Skybound need only put the finishing touches? Or did Kirkman’s studio start from scratch?

Either way, Broken Toys is a strong and worthy addition to The Walking Dead games’ mythos, in terms of narrative alone. While the episode’s strongest suit is its storytelling, script, and the underlying themes — including an emotional gut punch in a dream sequence which made my wife bawl — there are still a few caveats. 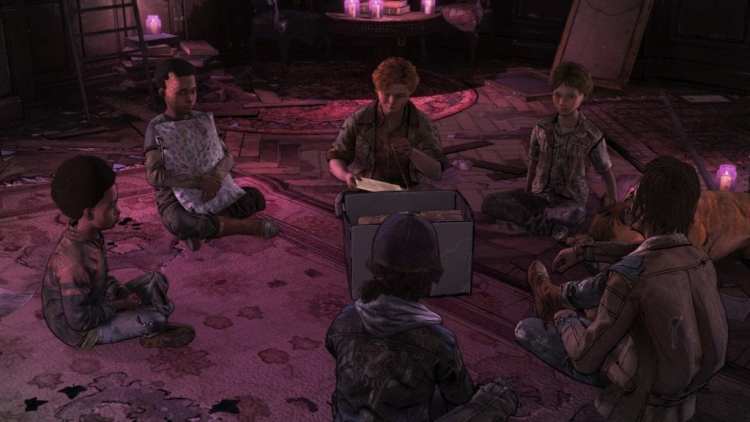 First and foremost, you still need to suspend your disbelief. In the “first-person/walker mask” scene, one could not help but wonder whether the walkers could hear Clementine hyperventilating due to sheer panic. The “party” scene also makes you wonder why walkers or raiders couldn’t hear the piano and jukebox music.

Another jarring part of the narrative was the introduction of a fairly important character. I couldn’t help but note that it relied heavily on Stockholm syndrome: it’s as if the character had completely become warped to the point of no return. With barely any background given, I just ended up scratching my head.

In terms of the technical stuff, I did encounter some stuttering issues. Most notably, these could happen after you’ve made a choice and the next animation starts. Visually, one could see hard lines defining the contours of facial features, making me go “I know it’s cel-shaded, but that’s too much.”

Movement and QTEs were hardly an issue for the most part since a majority of setpieces required you to move only a single direction. At one point in time, I even had to restart the game since I couldn’t move Clem at all. Thankfully, I didn’t experience any BSODs or sudden crashes. 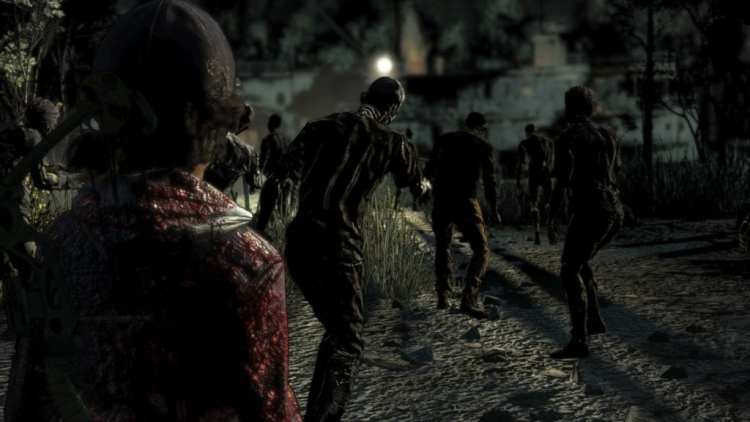 Stay tuned for the conclusion to The Walking Dead: The Final Season

Everything builds to a night-time finale which ratchets up the tension. Without being too spoilery, fingers can get chopped, ears are bitten off, and a number of important deaths may happen — some, inevitably, due to your own decisions. The last few moments of the game might be the most nerve-wracking of the entire franchise thus far.

But, much like previous offerings, The Walking Dead: The Final Season’s third episode ends on an abrupt cliffhanger. Sadly, that’s when things are just getting really good. I couldn’t fault the creativity in getting there; using walkers as meat shields was a nice touch. Broken Toys weaves together a narrative that started all the way back in the second game. Now you get to see the fruits of your labor.

Barring a few caveats and the rather short length (roughly three hours), Skybound did well enough after taking over from Telltale. If Broken Toys is any indication with all the foreshadowing dialogue, the fourth and final episode Take Us Back (out on March 26) might turn us into emotional wrecks. Here’s to hoping that Skybound can deliver on that, and finally bring us some closure to a story that began six years ago when a little girl named Clementine still needed to grow up and face the post-apocalyptic world.

Featuring a sweeping narrative experience and barring a few caveats, the penultimate episode "Broken Toys" might be the best yet for The Walking Dead: The Final Season.

By Martynas Klimas15 hours ago
Reviews