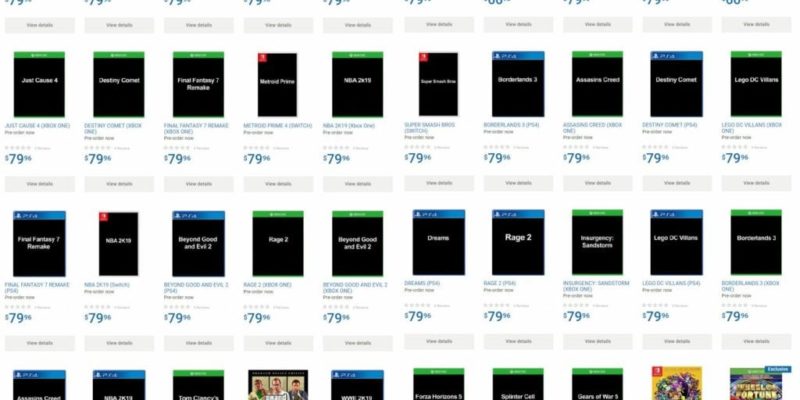 In what appears to be a complete blunder by Walmart Canada, a list of games that could be appearing in the future were added to their website.

With E3 kicking off next month, Walmart may have jumped the gun and posted these online ahead of schedule. As there is no way to verify if this was a silly mistake or wishful thinking on their part, treat these additions as a rumour for now.

That said, there are some titles listed that could be coming based on previous hints and what we know has been confirmed. For example, it lists Beyond Good and Evil 2.

Games that were added to Walmart included Borderlands 3, Forza Horizon 5, Gears of War 5, Rage 2, Just Cause 4, Assasin’s Creed, Splinter Cell and more as you can see from @Wario64‘s image below.

With placeholder pricing and no proper images added yet, it’s too early to say what could be guesswork or in fact real. With E3 just around the corner, we’ll know soon enough.