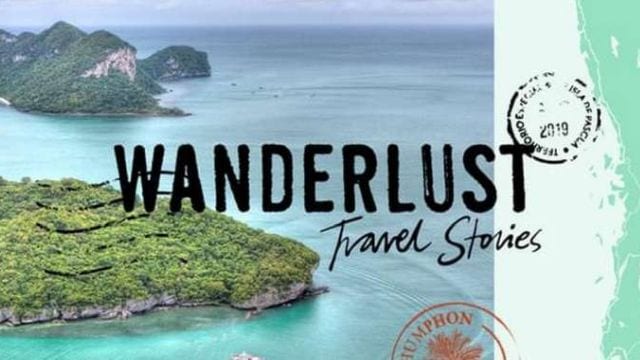 Last month, we reported that Wanderlust: Travel Stories would launch in August. However, developer Different Tales has now announced that this interactive travelogue game will actually release on Sept 26. The reason for the delay, as expected, is that the developers need more time to improve the game for release.

Different Tales is a duo of Polish developers (I won’t make that joke, but I know you’re thinking it), Artur Ganszyniec and Jacek Brzeziński. They previously worked at CD Projekt RED on The Witcher games. According to Jacek Brzeziński:

After many discussions with our publisher, in order to deliver the quality expected by both players and us, we feel that we need a little bit more time to polish the game and make it a perfect digital travel experience. We apologize for the small delay.

This new release schedule will allow the developers to test the interactive narrative system of Wanderlust thoroughly. It will also ensure that the game runs well on both PC and Mac. Artur Ganszyniec also commented on how the game’s reception so far, and how it’s reaching people who aren’t traditional gamers.

As we started presenting Wanderlust Travel Stories, we noticed that it was very received also by people who do not think of themselves as gamers. This might be a sign that interactive media can find their way into the mainstream culture, becoming in time just another way of telling stories about common human experiences.

The game takes place in a small bistro in Hanga Roa, Chile, where five backpacking explorers swap stories. With each new tale, the game places you in their roles. You must pack their bags, manage their expenses, and look after their mental and physical health as they explore real-world locations. The game’s art direction is a cross between traditional photography and a minimalistic interface.

Wanderlust: Travel Stories features diverse storytelling that aims to be grounded and relatable, but still authentic and inspired by real people. If you’re a traditional gamer, you might find Wanderlust a bit slow, and the developers proudly refer to it as an emotive ‘slow gaming’ experience. Still, it will offer over 12 hours of playtime, and it includes over 300,000 words.

Wanderlust: Travel Stories will release on Sept 26 for PC & Mac via Steam. What do you think of it? Not gamey enough, or an interesting cross-media experience? Leave your comments below!