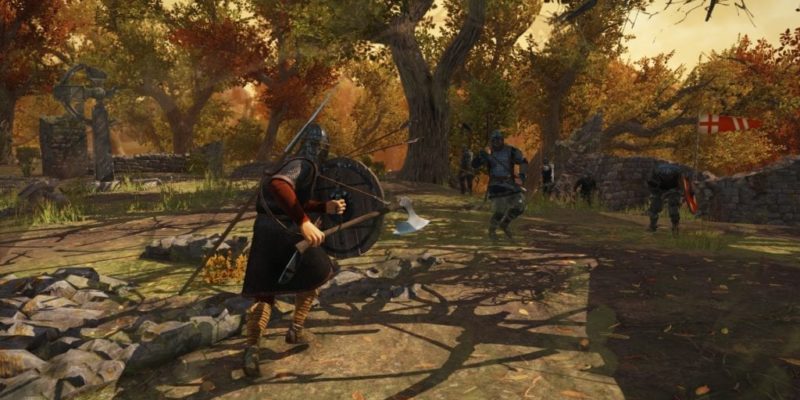 Paradox Interactive has confirmed the release date for War of the Vikings, the upcoming close combat game developed by Fatshark. War of the Vikings, currently available as a Steam Early Access title, will be fully released on Tuesday, April 15th, 2014. The game’s latest features and news will be shared via a live streaming event today, March 5th, on Paradox’s Twitch.TV channel at 8 p.m. CET (11 a.m. PST). Eager Viking warriors can join the stream by visiting Paradox Interactive’s Twitch Channel.

You can read more information about the announcement after the break.

Gordon Van Dyke, Executive Producer of War of the Vikings, will host the stream, featuring the latest version of the game in action. A series of battles worthy of a Norse epic will highlight what awaits players in the upcoming release, including the latest additions to character customization.

War of the Vikings is available through Steam’s Early Access program now.

War of the Vikings dated for April