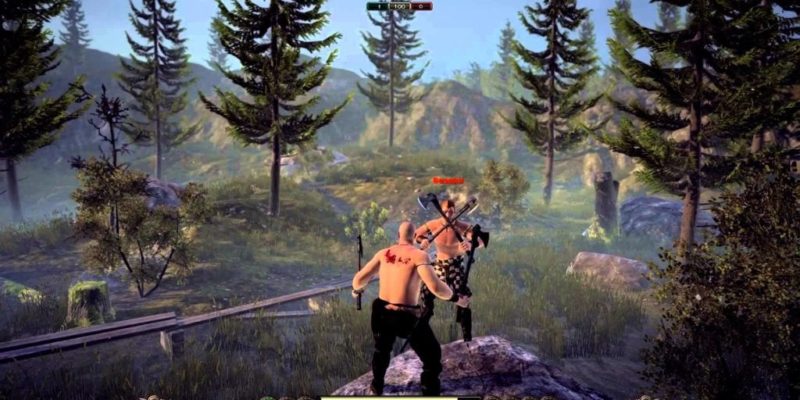 A hefty free update has hit War of the Vikings today, adding a new class, three new maps, and an entirely new game mode, to the multiplayer melee title.

The new class hitting War of the Vikings – or War of the Hairy Horny Blood Men, as we prefer to call it – is the Berserker, a duel-wielding type focused on raw aggression. The Berserker doesn’t care about armour. He doesn’t care about ranged weapons. He doesn’t even care about being able to pick up weapons; he’s just all about charging into the fray with a pair of his own blades, hacking and slashing away at enemies. Berserkers don’t have to charge up their swings, instead using a new combo system and special attacks to link attacks and dodges together, all of which will vary based on whether said Berserker is attacking people with two swords, two axes, or one of each. Oh yes, and he’s covered in what are apparently customisable tattoos and bear pelts.

As if that’s not enough, the Berserker also has a Blood Rage ability. When hit by a fatal blow, the Berserker can carry on fighting for 10 seconds… and if they can get a kill before the Blood Rage runs out, they’re back in the fight.

This update also includes a Domination mode, which has you capturing and holding points to reduce your enemy’s respawn tickets (and, obviously, killing them to also reduce their tickets) and three new maps. Whew.

All of which sounds fairly interesting. I’m curious as to how the Berserker is going to mess with the game’s balance, as while thematically appropriate, he certainly seems a bit like throwing a bomb into the careful balance, but… well, whatever. As far as I can tell this War of the Vikings update is out now, and you can have a look at the Berserker in video form below.