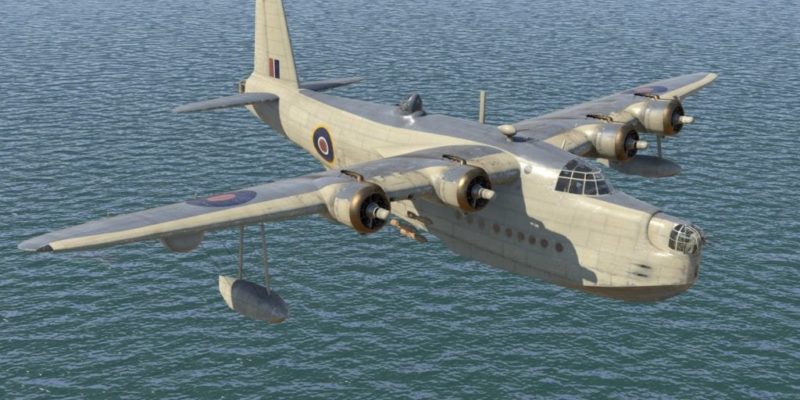 Gaijin’s War Thunder will be receiving a large update called the Battle March which takes the game to version 1.57. This latest update adds new armour and maps to the conflict.

More than twenty new aircraft and vehicles are being added to the game including the large S.25 Sunderland flying boat sea plan. The American P61 night fighter, ‘Black Widow’, the German Do 335 heavy fighter, and the FW 189 A-1 ‘Uhu’ reconnaissance aircraft are also new additions the aircraft roster.

The Falcon AA gun and the British faction will be receiving three top-tier vehicles which also includes the Conway tank destroyer and Chieftain Mk.3. Germany will receive the Nashorn and other open-top SPGs. The USSR sees the arrival of the T-44-100 and KV-1S and the US gets the Super Pershing tank.

Two new maps are also being added. A new alpine snow map called Frozen Pass for aerial and ground battles, and Volokolamsk which is  based on the real location in Russia which saw German and Russion forces clash in the defence of Moscow during winter of 1941.

New improved effects will also be apparent with the new muzzle flashes, launch effects of rockets and explosions of bombs.

A full list of the new War Thunder vehicles can be found over on the official website.

No Trackmania Turbo open beta for the PC