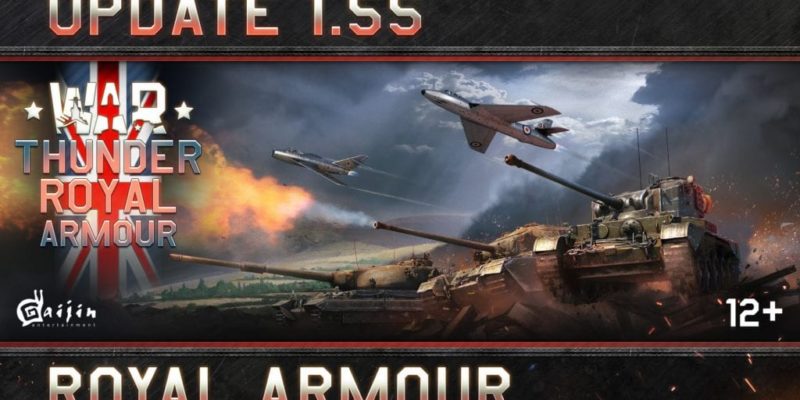 Gaijin’s great War Thunder has received another big update with the release of Royal Armour.

Royal Armour is the beginning of the the British tank additions over the coming weeks which will include variants of Valentine’s, Matildas, Cromwells and Churchills. This will include five regular and four premium tanks.

Also included is the Mig-17 Jet fighter which is the most modern Soviet aircraft  now in the game and the Japanese also have access to the Ki-44-2, A7M2 and Ki-61 Tei which were Japan’s only mass produced jet fighter during WW2. Finally there the new  F3F American biplan and new German and British bombers.

Players can also find new daily events, or personal battle tasks which can depends on a player’s play style and vehicle/mode preferences. Should these tasks be complete there’s the reward of War Bonds which can be used to purchase boosters, supply boxes and other items.

War Thunder is a fine game and well worth your time so if you’ve not dived in yet then give it a go. Here’s your Royal Armour trailer and the full update notes can be read here.

By Elise Nelson48 mins ago
News