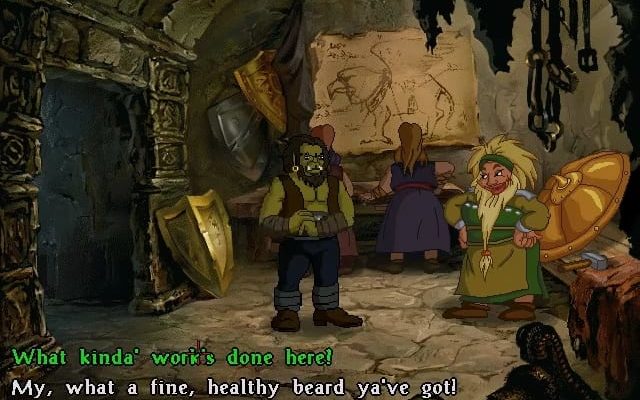 Fans of Blizzard games will probably remember Warcraft Adventures, it was a point and click adventure game which was outsourced to a Russian development team 18 years ago.

Warcraft fans were excited at the prospect of delving into Warcraft lore and an adventure game would have been a great way to tell the Thrall story. Back in those days, adventure games were hugely popular and LucasArts were dominating with their classics such as Monkey Island. Blizzard wanted to capitalise on their popularity.

The game ran into technical complications and was subsequently delayed which ultimately led to its demise with Blizzard pulling the plug on the project. A 1998 press release explained their decision to halt development.

Blizzard wants to take a minute to respond to the Warcraft Adventures petition that is circulating on the Internet. First, we want to express our gratitude to the Warcraft fans that took the time to organize such an effort. We recognize that the cancellation of Warcraft Adventures has disappointed some of our customers, and we appreciate that they have shared their opinions with us.

Secondly, we want let you know that stopping development was not a decision that was taken lightly. It was a hard call to make, but each of us knows that it was the right choice. The cancellation was not a business or marketing decision or even a statement about the adventure genre. The decision centered around the level of value that we want to give our customers. In essence, it was a case of stepping up and really proving to ourselves and gamers that we will not sell out on the quality of our games.

Warcraft Adventures was no more but there were rumours that a version of the game did exist.

A playable version of the game has now surfaced via a forum post on the Scrolls of Lore forums. The release is a fully playable pre-release version with the cinematics and weighs in at around 570 Mb.

With fans only having seen snippets of the game via videos on Youtube which have appeared over the past 18 years, this is quite a find. It’s likely that Blizzard will have this removed at some point so grab it now before it vanished forever.

As this is an old game, it’s unlikely to function on today’s version of Windows but there are some tips for Windows 10 users to get this working wich were posted on Reddit..