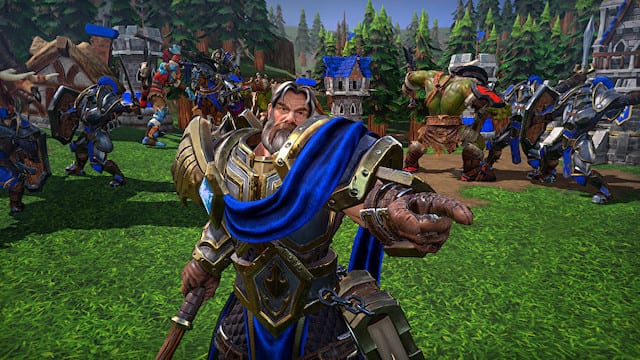 For those of you who have been patiently awaiting the arrival of Warcraft III: Reforged, you’re about to be rewarded. Today, it was confirmed that the multiplayer beta for Reforged will kick off this week! According to the announcement, invitations to the beta should go out over the next few weeks. Those that pre-purchased the upcoming Spoils of War edition of the game will get the first crack. Subsequent invites will be sent to additional players later on, like pre-buyers of the standard edition.

At the start of the beta, expect “limited access” to the Orc and human races in the game, with 1v1 and 2v2 matchmaking. The Reforged team made note that additional content, including the undead and night elf races, will come “in the weeks ahead.”

For those that have overlooked the Spoils of War edition of Warcraft III: Reforged thus far, here’s a reminder of its components. Alongside beta access, the package has multiple perks, such as the Meat Wagon mount in World of Warcraft and four new characters for Heroes of the Storm. These include Thrall, Anub’arak, Jaina, and Tyrande. Players of Hearthstone will also be able to access the Third War card.

Spoils of War will also provide Reforged itself with a number of skins. These include:

Overwatch fans will also get their hands on some goodies, including player icons and animated sprays. There will also be an exclusive pet for Diablo III, the Mal’ganis. Finally, StarCraft II players can get console skins.

A specific start date for the beta isn’t available yet, but a schedule reveal could come soon. BlizzCon 2019 is happening this weekend, so we should know more by the time that starts, at the latest. Look for more details soon on the official Warcraft III: Reforged website.

Destiny 2: Shadowkeep guide – Festival of the Lost and the Braytech Werewolf