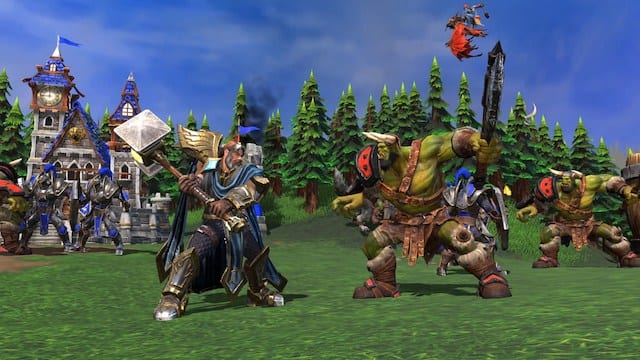 While Warcraft III: Reforged had a huge launch last week, it wasn’t without its problems. In fact, with all its technical issues and downgraded visuals, some players have given it one of the worst ratings ever. But it appears Blizzard is doing something about it. Following the posting of a developer message today updating players on what’s happening with the game, the publisher has opened up a refund option.

What’s it take to get your money back on Warcraft III: Reforged?

With the refund process, players will lose any items they ordered with the Deluxe Edition of the game, as well as all their progress. However, many players have already given up on the game anyway, given its technical issues.

In the developer message, the team at Blizzard thanked fans for their feedback and support. They explained the “server-load issues” that plagued Reforged on its first day of release. However, they also said that the team is “committed to supporting the game for a long time to come.” This includes a series of patches and updates as part of their “ongoing plans.”

One of the big complaints revolves around the visuals when selecting Classic Modes. The developer noted that it’s “identified the bug causing the colors and shading to look different from the original Warcraft III.” Blizzard intends to fix this with a “large patch” making its debut later this week. It also discussed fixing leaderboards and other online features, though a time frame wasn’t given.

More details on the update are available for those of you that feel like sticking around. However, if you just want a refund, that option is certainly available. The team did note that it will keep the Warcraft III community updated on all the fixes coming. That way, gamers won’t be left with a broken product if they choose to keep it.

Warcraft III: Reforged is available now on Battle.net, for those that want to try it out.