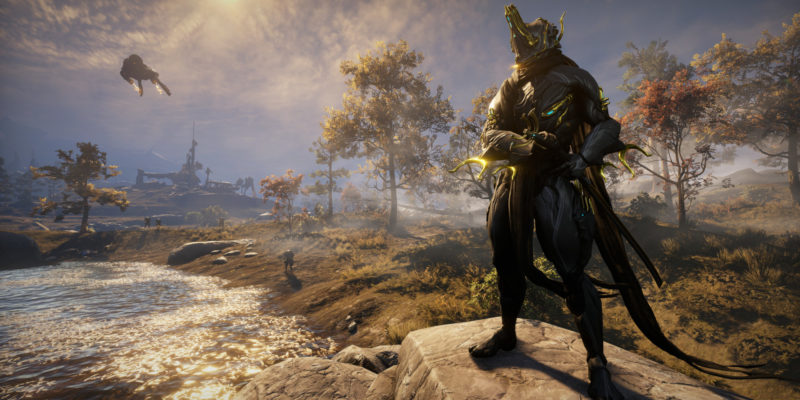 Earlier in the year, Digital Extremes shared that their successful Warframe title will see some graphical enhancements. The big draw was the option for ‘deferred rendering,’ but now, the developers have gone one step further. The team has revealed the Warframe Enhanced Graphics Engine, which will be a complete redesign that will allow the game to provide more accurate reflections, dynamic lighting, and shadowing for the entire game.

The landscapes in Warframe will benefit in the most obvious ways with the new engine. The likes of the Plains, Vallis, or Drift will finally see some dramatically improved real-time sun shadows. In other areas, players can expect more subtle improvements. The new Warframe Enhanced Graphics Engine will be handy in alleviating one of the biggest concerns for Digital Extremes. 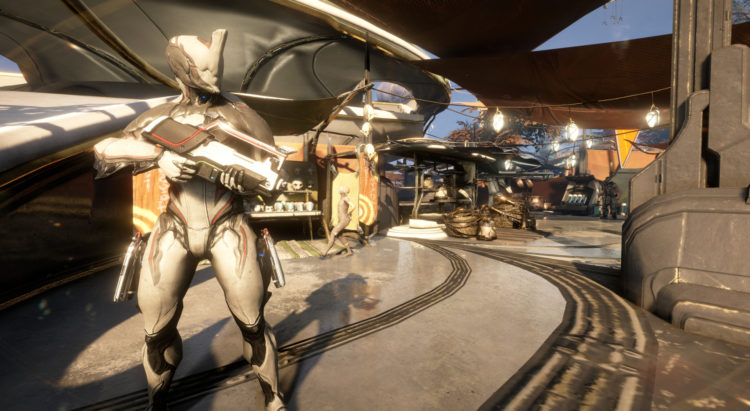 Warframe fans, welcome to dynamic lighting. The amount of re-rendering in any given scene would have been a killer for both the GPU and the CPU if implemented in the legacy engine. In order to circumvent the issues, the Warframe Enhanced Graphics Engine will work in a different way. The new engine will render out the different attributes of a scene. The colors, glossiness, and shapes will be offloaded to offscreen buffers. The result is that the cost of dynamic lighting will be dramatically reduced via this new process. At the end of the day, Warframe will look even better without incurring huge CPU and GPU penalties for the player. It is a whole load of technical tweaks and tricks for sure.

You'll want to watch this one a few times! 👀

Preview improved lighting, shadows and reflections with the Enhanced Graphics Engine on PC. (Pro tip: head to an open-world landscape to see all of the incredible details!) https://t.co/MdKZHcOLyX pic.twitter.com/lJOrqjqumA

That said, the Warframe Enhanced Graphics Engine is still in the testing phase. Digital Extremes is still working on phasing out the legacy version of the engine. However, players will be able to witness dynamic lighting throughout the game following the conclusion of that process. There will also be additional options for players to customize their experience.