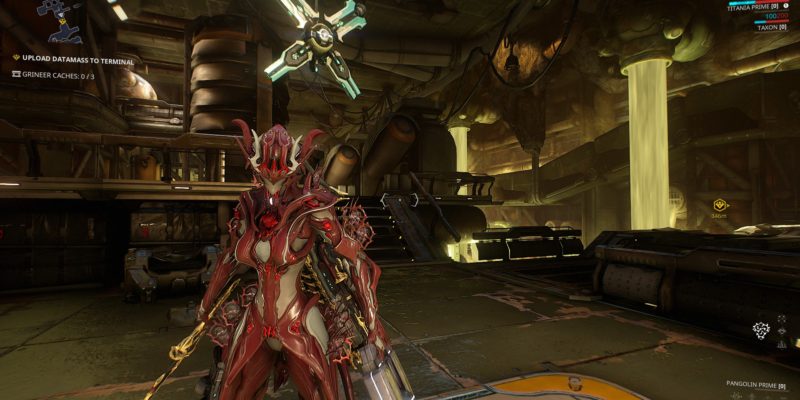 It’s been a few days since Titania Prime was made available in Warframe, along with the various packs that allow her to be purchased outright. So, let’s take a look at what packs are available and what you’ll be getting with each of them.

There are three packs containing prime items that can be purchased, each named after Titania’s abilities. The least expensive is the Spellbind Pack, which contains 1,050 platinum and access to two weapons: Pangolin Prime and Corinth Prime. This pack costs $50, which is the same amount that 1000 platinum by itself costs. The main benefit here is that you’ll get the two prime weapons in addition to the platinum at no extra cost.

Next up is the Lantern Pack. For $30 more, you get access to Titania Prime herself, plus glyphs. This pack costs $80 and contains 2,625 platinum. It costs about $100 for 2100 platinum by itself, so the Lantern Pack gives you substantially more than you’d be getting for paying an extra $20. 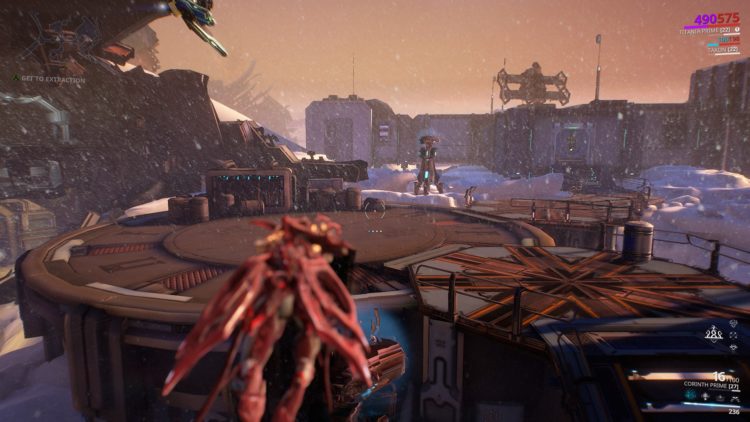 Finally, the Razorwing Pack comes with all of the above, plus prime accessories and three months of credit and affinity boosts. This pack is priced at $140, and comes with 3,990 platinum. You can get 4300 platinum directly for $200, so buying prime is once again a substantially cheaper way to get a ton of platinum.

The two included weapons are Pangolin Prime and Corinth Prime. Pangolin Prime is a more powerful version of the Pangolin sword, which is a fast, slashing sword perfect for carving your way through hordes of foes. Personally, this is my favorite type of melee weapon in Warframe, so I’ve enjoyed using it a lot. Anyone who has used one of these at length already knows exactly what to expect, but boy, does it hit hard.

Corinth Prime, on the other hand, is a shotgun. The weapon happens to not only have an impressive range, but also a large magazine. Unmodded, it carries 20 rounds. It almost feels like a rifle that does shotgun damage, making it an excellent addition to anyone’s loadout, as it works wonders in a variety of situations. It can’t shoot in rapid-fire succession, but it’s quick enough that you can make short work of whatever dares to oppose you. 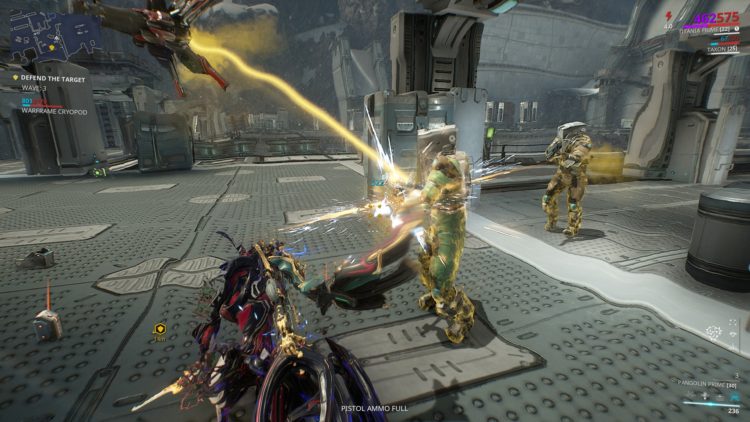 On the shoulders of titans

Titania Prime is, of course, a more powerful variant of Titania. This pack is going to be geared towards her mains who don’t want to farm, and they’ll likely be pretty happy with her. Titania Prime looks suitably different from her base form, with a great deal more majesty. Her Prime form is just a lot cooler in general, especially where her helmet is concerned. Naturally, she comes with her original skin, so you can still switch back to that if the mood strikes you.

The main differences between the Prime variant and the default are that her health, armor, and energy are all higher. Her starting numbers for all three are 125, 125, and 175, with her new unmodded maximums going up to 375 for health and 262 for energy. Her polarities for mods are different as well, making for a considerably more effective frame.

Additionally, in her Razorwing form, Titania Prime’s character model gets two more wings on her back. More importantly, she gets a new passive ability that grants 250 energy to her nearby allies upon making contact with an Orokin Void Death Orb. Titania Prime is also the second frame to get custom walk and sprint animations. On account of all the floating. Yeah, you already know. 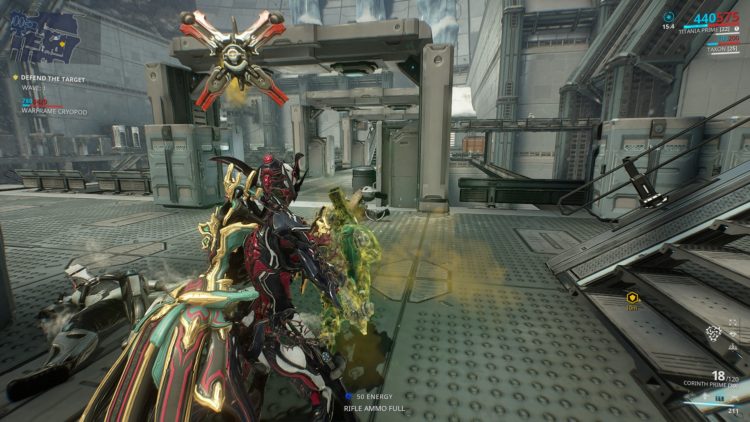 Just in case you wanted to get a good look at the Syandana. How do you even say that word? Is it like “bandanna?”

The Razorwing Pack also contains some accessories, namely prime versions of Titania’s weapons used in Razorwing form. But she also gets two Syandanas and an Archwing skin, too. The boosters included also make a gigantic difference in terms of ranking up and getting tons of currency. I went up an entire mastery level in an afternoon, which surprised the hell out of me. And having three months of these boosts is absolutely nothing to scoff at. Titania mains will also really like the included glyphs, which are quite snazzy.

There you have it. Now you know what you need to about Warframe‘s Titania Prime Razorwing Pack. Now, if you’ll excuse me, I’ve got some enemies to force into stasis and then shoot with my ridiculous shotgun.