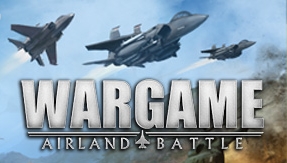 Eugen Systems will not stop making inventive real-time strategy games until one of them becomes a hit. The Ubisoft-published RUSE probably came closest to being both critically acclaimed and popular (while Wargame: European Escalation mostly seems to have achieved the former), and now Eugen is trying again with a Wargame sequel called AirLand Battle.

Not the most thrilling name that, but in-keeping with the series theme of an alternative reality Cold War in which NATO and the Warsaw Pact forces have had a bit of a falling out.

AirLand Battle will take the conflict to Scandinavia and add (as the name suggests) air units like helicopters and fighter jets. 150 planes are promised in total. The game will run on an improved version of the IRISZOOM engine used for the first Wargame so it should look suitably pretty (as the in-game footage in the video below confirms).

Wargame: AirLand Battle will appear on PC during 2013.