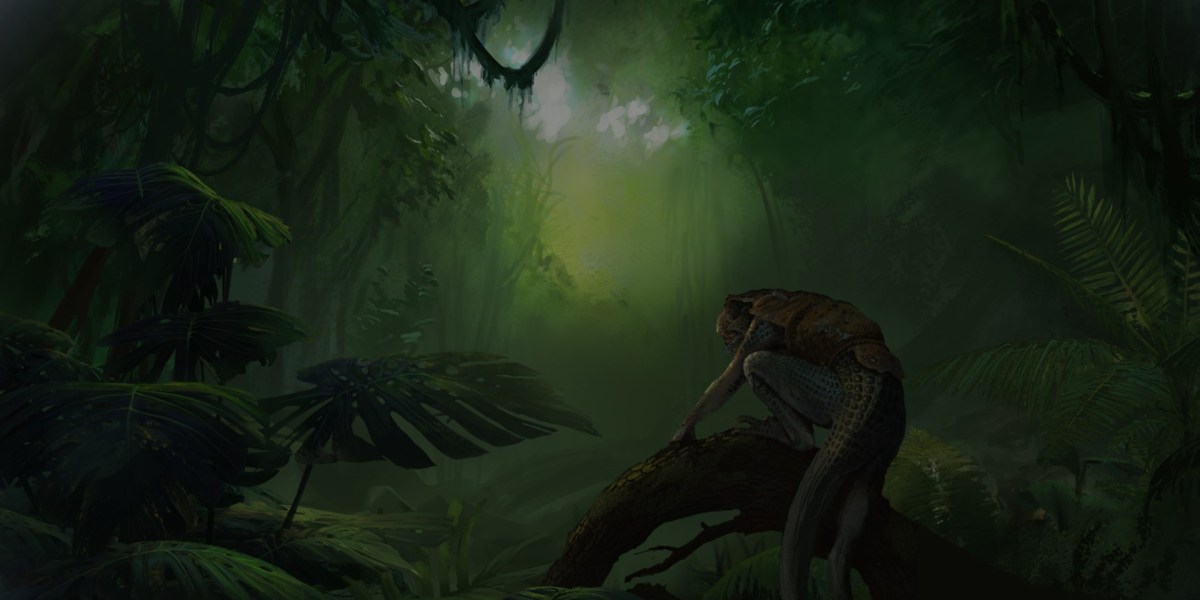 Oxyotl of the Lizardmen was once trapped in the Realm of Chaos. Showing his hardiness, he continued to counter the maddening effects while eliminating daemons. Eventually, he returned to the material world where he continues to guard against evil. In the campaign, his experience in traversing the realms allows him to fast travel instantly to other points of the map. Here’s our guide to help you with Oxyotl’s Visions of the Old Ones and Silent Sanctum mechanics in Total War: Warhammer II – The Silence & The Fury.

Note: For more information about Total War: Warhammer II – The Silence & The Fury, check out our guides and features hub, as well as our main guide for Oxyotl.

Visions of the Old Ones are akin to missions or challenges that you can undertake in Oxyotl’s Total War: Warhammer II campaign. The first one in the Vortex campaign tends to be against Khrag, a Norscan faction that you need to eliminate early on. Once you’ve done that, more challenges will become available.

The Visions of the Old Ones map itself allows you to teleport to various locations once per turn:

Note 1: Oxyotl cannot fast travel to these locations if he’s part of a siege, when he’s sailing, or when he’s in a region owned by a faction that he’s at war with. If you wish to zip to and fro areas constantly, keep an eye out for the territories of nearby allies/neutrals that you can move to. Alternatively, conquer/raze a hostile faction’s settlement so that it no longer belongs to a foe.

Note 2: Oxyotl doesn’t incur diplomatic penalties from trespassing. However, because new Visions of the Old Ones targets tend to be part of Chaos-aligned factions (i.e., Beastmen, Skaven, Warriors of Chaos, Norsca, and even Morathi/Cult of Pleasure), you’ll find yourself declaring war on so many forces. At one point, I did get a prompt to fight a Vampire Coast army, one of Luthor Harkon’s subordinates. Harkon isn’t Chaos-aligned, so I’m sure what the heck was going on. 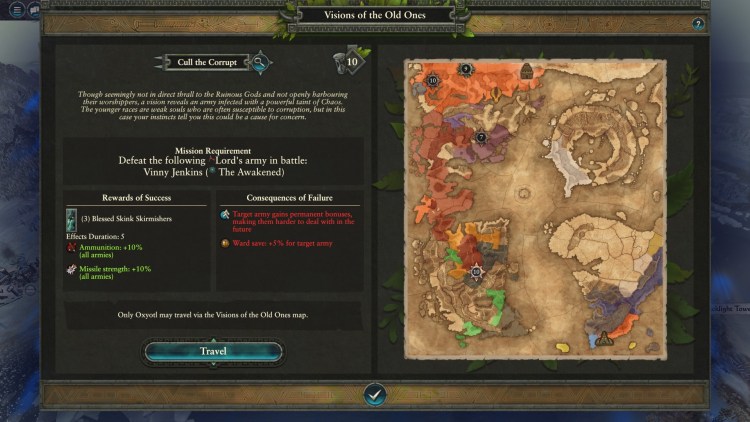 As for the missions/challenges themselves, at least three will become available each time as part of a set. To get additional ones to appear, the entire set has to be clear and you’d need to wait for roughly five extra turns.

Successfully completing these tasks nets you various rewards, such as Blessed Spawning units, rite cost reduction, public order boons, gold, Silent Sanctum gems, and more. Conversely, failing to complete them within the allotted time will lead to a penalty. Some penalties might buff that particular army with +5 melee attack/defense (which is negligible), whereas others could destroy the buildings in a region that you own.

These battles tend to be fairly easy once Oxyotl’s army is beefed up, but here are some tips:

Note 1: Other armies you have in your faction can do these tasks as well, especially if they’re nearby. However, only Oxyotl can use the teleportation feature.

Note 2: Oxyotl’s campaign progression requires finishing numerous Visions of the Old Ones (at least 21) before you can unlock the final battle. Meanwhile, victory conditions entail completing five hard mode Visions of the Old Ones. Unfortunately, as mentioned in our feature article, I haven’t even encountered any of these despite demolishing Taurox in an epic showdown. 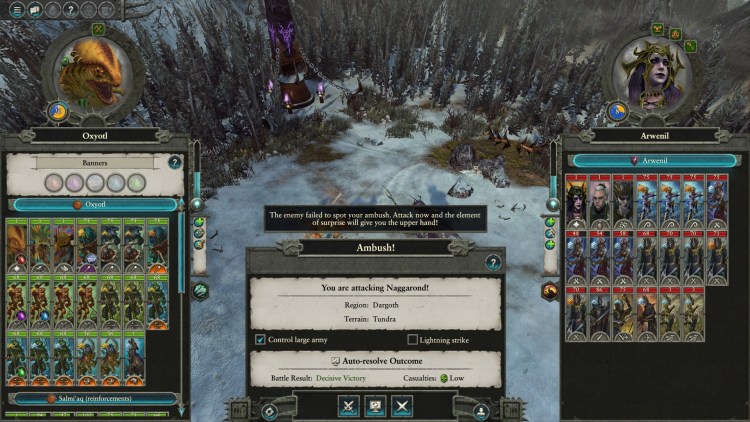 What about the Silent Sanctums themselves? Well, once you’ve taken out Khrag, you’ll be able to build one Silent Sanctum. Later, you’ll acquire Silent Sanctum gems either from Visions of the Old Ones completions or via Oxyotl’s “Ancient Knowledge” perk (level 12).

Every eight gems that you obtain allows you to construct yet another Silent Sanctum. 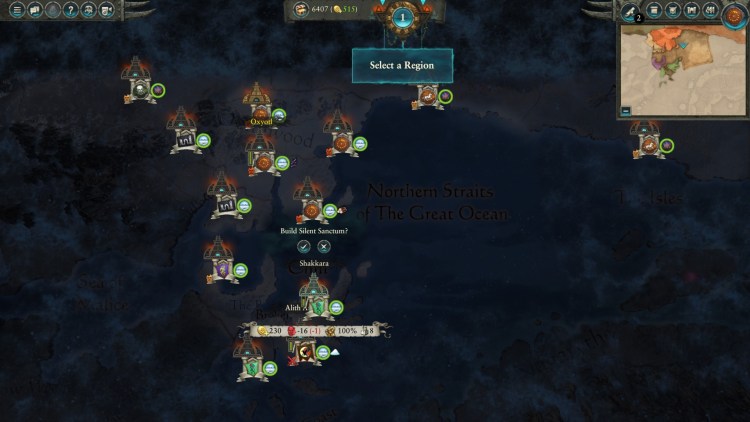 These special structures can be placed on any visible settlement. You can then construct additional buildings which cost gold:

Note: Later, you can gain the services of Lord Kroak as part of the Lizardmen quest chain. Once you’re asked to teleport to a specific location (i.e., Xhotl), just have a Silent Sanctum with a Capstone of Tepok to quickly reach it.

Anyway, you can also take a look at our other guides for Oxyotl’s Golden Blowpipe of P’Toohee unique weapon and the Heart of the Dark final battle. 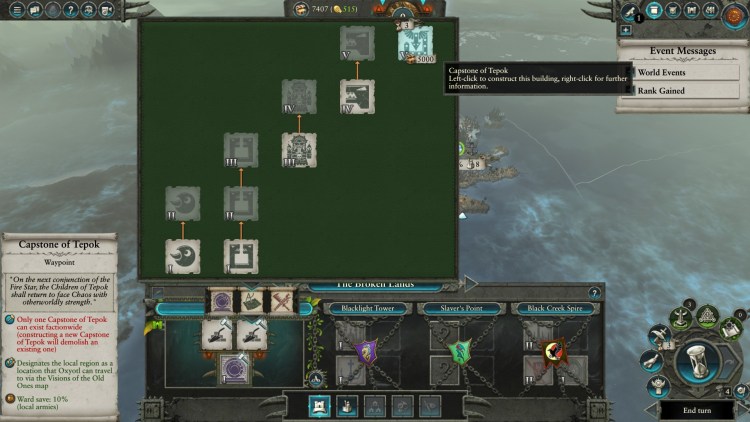 American Truck Simulator update 1.41 rolls out with multiplayer and more