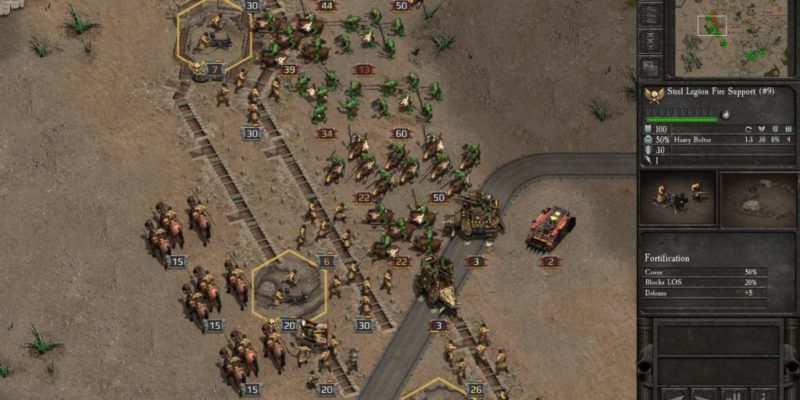 Ork Hunters, the expansion to Warhammer 40,000: Armageddon has gone live this afternoon.  It’s set shortly after the end of the Second War of Armageddon and adds a new chapter that requires players to rid the Equatorial Jungle of the Feral Ork scourge once and for all! Yes, really, really final this time, no messing.

Players will come up against new units, Junkas and Boarboyz, this time as they battle through 10 new scenarios with the battle-hardened Astra Militarum soldiers, known as Ork Hunters.

The DLC is selling for £3.99 and requires Armageddon too which is selling for £29.99, the bundle on sale for £32.99 doesn’t include this latest Ork Hunters DLC (yet?) however but at £32.99 it’s still a bag load of content and better value than buying Armageddon on its own.