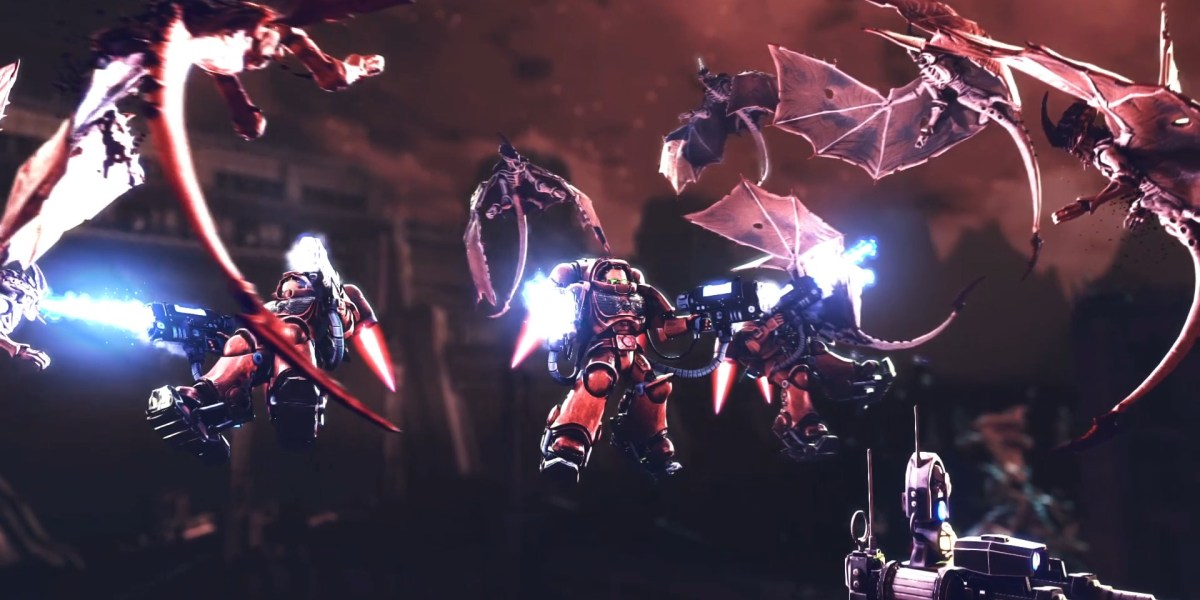 Publisher Slitherine and developer Black Lab Games (makers of Battlestar Galactica Deadlock) are joining forces for a new game in the Warhammer 40K universe. Coming to PC this May, Warhammer 40,000: Battlesector is a turn-based strategy game, featuring a full campaign and a host of multiplayer modes. The publisher released a reveal trailer along with the announcement. There will also be a Twitch stream covering the game shortly. However, we have some additional info to whet your bloodthirst ahead of the presentation.

Warhammer 40,000: Battlesector is described as a “battle scale” strategy game. Skirmishes are fought using 10 to 25 units on grid-based maps, and include such unit types as a Hero and Dreadnought. Your forces are comprised of customizable units. For example, most will allow you to choose a handful of weapon options. Special abilities also come into play, with more than 60 available in the game. Units will have their own strengths and weaknesses out in the field, allowing you to strategize to your best ability.

Like it is with most turn-based strategy games, Warhammer 40,000: Battlesector has the play options. Overwatch allows you to set units to scan the horizon for moving threats. If any enemy draws too close, you can order your unit to charge or switch to melee combat. Or you can just carpet bomb the buggers by calling in air support. Whatever your interest in death dealing, Warhammer 40,000: Battlesector should have you covered.

Warhammer 40,000: Battlesector has plenty in the clip

Warhammer 40,000: Battlesector includes a multitude of play modes. First, and most expected, is the campaign. Here, you play through 20 singleplayer missions. Included are cutscenes, voiced dialogue, and various objectives to achieve. According to Slitherine, the game includes the Age of Crimson Dawn campaign, and pits the Blood Angels Space Marines against the Tyranids of Hive Fleet Leviathan. The game will also come with a Skirmish Mode, online mode, a play by email multiplayer, and a hotseat multiplayer mode.

You can learn more about the game in only a few short hours. Slitherine will have a livestream going on over on its Twitch channel, where the team will dive in a little deeper on the game. It begins at noon ET.