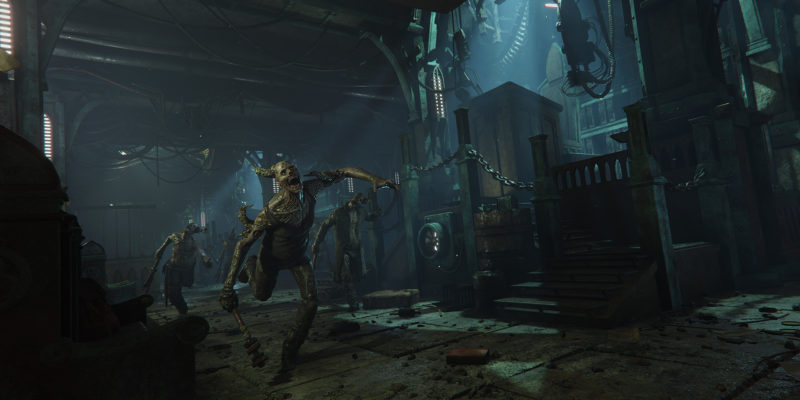 As part of 2020’s Xbox Game Showcase, developer Fatshark announced a new Warhammer 40,000 game. The latest installment, Darktide is a four-player action co-op game set in the hive city of Tertium. You’ll be able to team up with your friends to mow down legions of Adominition.

The Admonition is a heretical cult that aims to seize control of the planet Atoma Prime. Once they are in power, they plan to go on to wipe out all of the inhabitants and make the land theirs. You and your friends are tasked with the job of stopping them in their tracks and saving Tertium.

From the limited gameplay seen in the trailer, it seems as though Darktide will be a co-op FPS. Think about the likes of Borderlands and Left for Dead but more gritty and dark. If this does turn out to be an FPS, it will be Fatshark’s first since 2016’s Space Hulk Deathwing. Before that, you’d be looking way back at 2003’s Fire Warrior.

Some fans may be concerned about this announcement given the developer’s questionable handling of Vertimtide 2. Despite promising a plethora of exciting content, very little actually saw the light of day. Most notably, dedicated servers were promised to come shortly after release but are still absent to this day. As a result of this mismanagement, Verimtide 2 has suffered from some of the worst player retention rates imaginable.

Moving forward with Darktide, fans will no doubt be hoping for better treatment this time around. Fatshark has proven itself to be a very capable studio but unless it starts valuing post-release support, this new installment could fall pray to the same mistakes.

Darktide will release on both Steam and Xbox Series X in 2021. A specific release date wasn’t announced so be sure to keep an eye out for further details down the line. To make sure you don’t miss anything you can wishlist it on Steam right now.