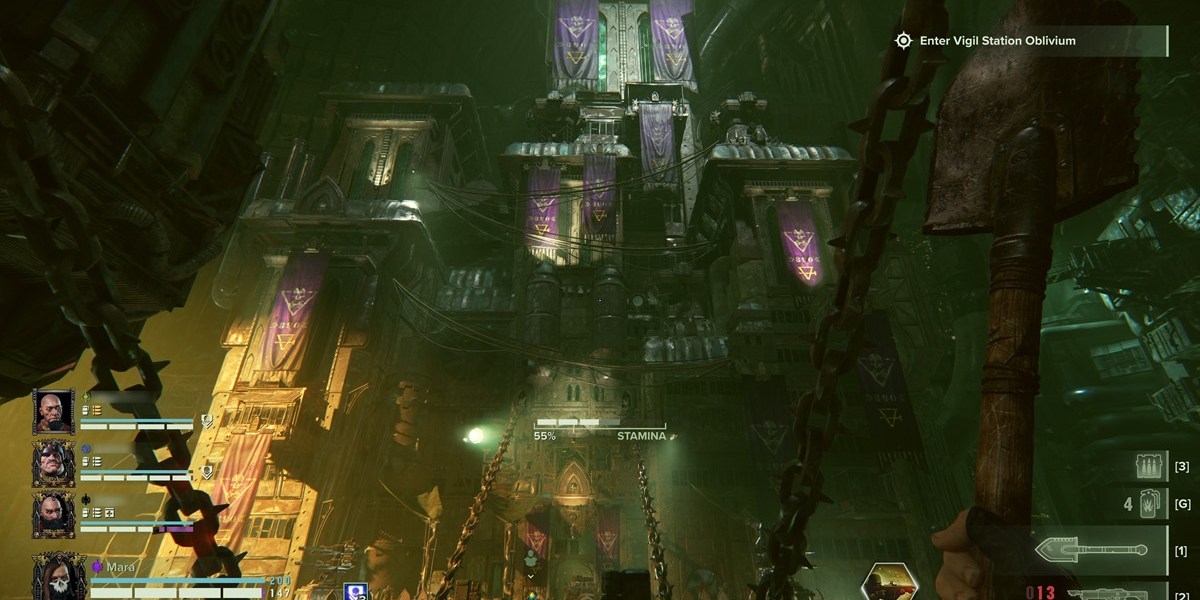 Warhammer 40K: Darktide has several mission types, with primary objectives that can be seen in various maps. One of these requires you to venture deeper so you can upload false intel and cause confusion among the renegades. Here’s our Warhammer 40K: Darktide Vigil Station Oblivium Espionage mission guide to help you with the Auspex and Cypher-Idents.

The first order of business in the Vigil Station Oblivium Espionage mission in Warhammer 40K: Darktide is to make your way through Ragtown. The streets of this slum are filled with enemies, and a Plague Ogryn may spawn as well. As you approach the bridge, you’re tasked with deploying the Servo-Skull. It will float around and you’ll have to follow it. Eventually, you’re told that you have to find the five Cypher-Idents. This is somewhat akin to what your team does if you’ve been playing Investigation missions.

Anyway, press “4” to bring out the Auspex so you can reveal the Cyper-Idents. You’ll notice small green circles on the Auspex’s screen, as well as a beeping noise that becomes faster as you get close to each object. You should see objects or bodies with a green highlight if you find the correct ones. 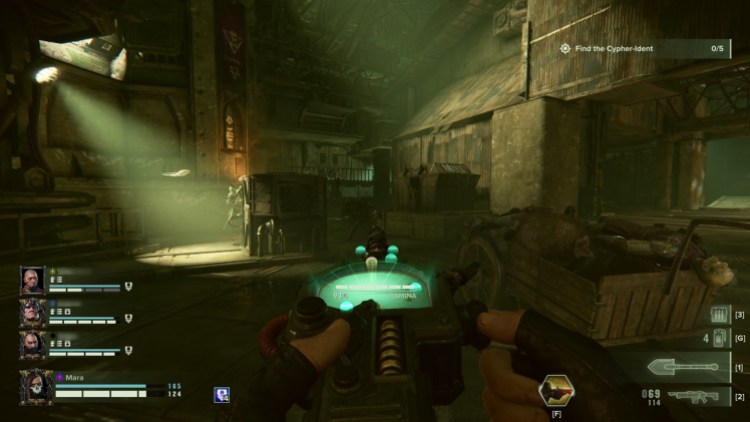 When you’re done with that, you’ll have to delve further until you reach Vigil Station Oblivium. There are two main tasks here:

Do take note that countless hostiles will spawn while you’re busy with these objectives. As such, it’s important to find a defensive position to eliminate the hordes (i.e., camping inside the smaller rooms while players are using the terminals). With a bit of luck, you should be able to complete the Vigil Station Oblivium Espionage mission in Warhammer 40K: Darktide. 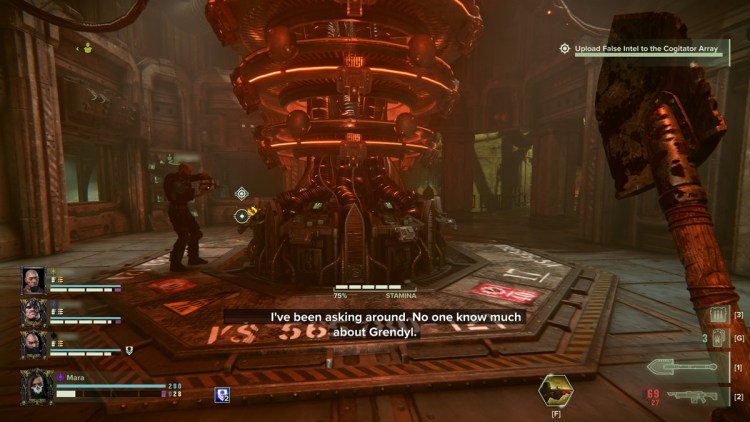