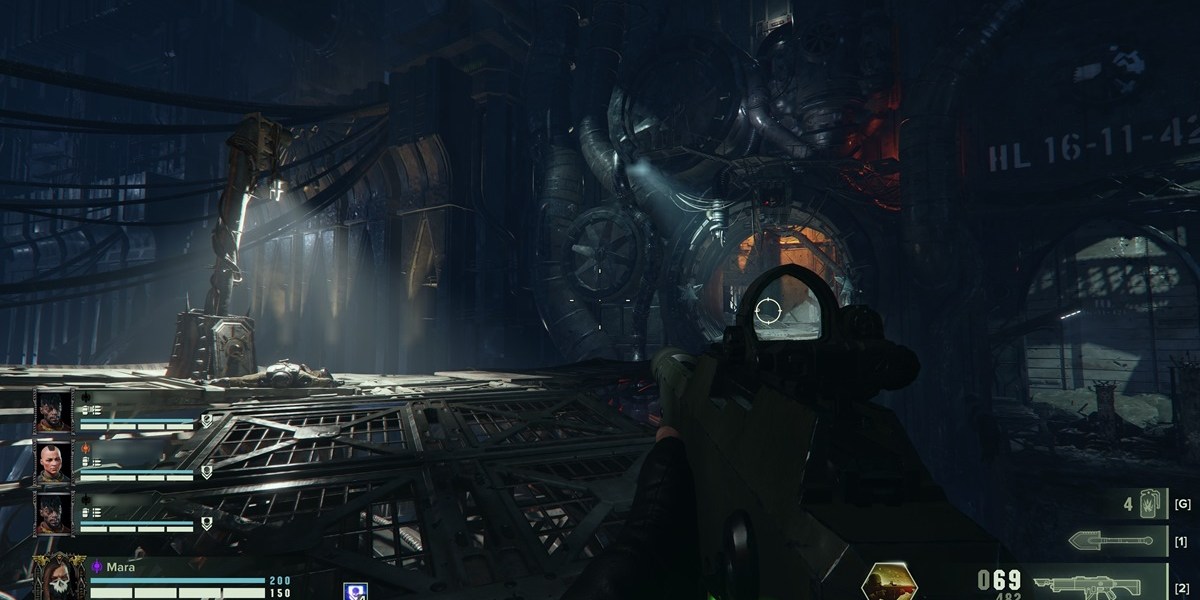 Warhammer 40K: Darktide has several mission types, with primary objectives that can be seen in various maps. One of these requires you to explore a location teeming with new sources of disease. Here’s our Warhammer 40K: Darktide Hab Dreyko Investigation mission guide to help you with the required tasks in the level.

From your starting point in the Hab Dreyko Investigation mission in Warhammer 40K: Darktide, you’ll have to venture deeper into the facility. Eventually, you’ll be tasked with deploying the Servo-Skull, which you need to follow. The goal will then change, requiring you to scan three plague residue. To do this, press “4” to bring out your Auspex. The holoscreen will show green circles denoting each object’s proximity. There’s also a beeping sound that becomes faster as you get close enough. You’ll find the correct objects as they’re the ones with a green highlight.

Now, be aware that equipping the Auspex means that you can push back enemies, but you can’t attack until you switch to your weapons. Worse, you might find yourself too focused on finding the items that enemies sneak up on you. That’s why it’s imperative to have only a couple of teammates doing this, backing them up when necessary. Once you’re done scanning a couple of sets of plague residue, you’ll reach a new area. This is a chamber with multiple corridors, as well as vents and balconies where enemies can spawn from. The objective now is to scan two sets of pathogen sources, which each set having five items. This can be quite dangerous, especially since hordes and specials will continuously appear in waves.

After this, you need to hold for data transmission, which basically means that you have to survive. Try to camp on corner and avoid going into the thick of the fray lest you get surrounded. Once the exit door opens, more mobs can pop up from there. This is followed by a mad dash through more walkways and corridors until you reach the exfiltration point.