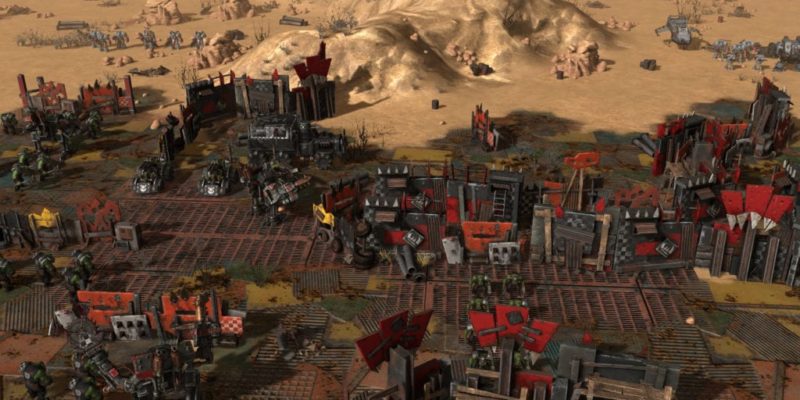 Warhammer fans who also do a fair bit of PC gaming have abundant choices these days, and another option, Warhammer 40,000: Sanctus Reach, will be coming in November. It’s a turn-based strategy affair, published by strategy specialists Slitherine, and developed by Straylight Entertainment.

As the name implies, Sanctus Reach will cover the events of the ‘Red Waaagh!’ campaign (which will be known to some Warhammer 40,000 players) in which the Ork forces of Grukk Face-Rippa went up against a company of Space Wolves. That’s a military unit of Space Marines, not actual wolves who live in space.

You’ll be playing as those Space Wolves through two “uncompromising” campaigns, in a strategy title described as “fast, immediate [and] deep”. Sanctus Reach will also be making use of Slitherine’s new, in-house Archon Engine. You can get a sense of how that looks from the screenshots, below.

In terms of mechanics, the announcement suggests players will be making their own unit selections for mission deployment, based on a points system (much like Warhammer 40,000 itself). Units will, of course, have different abilities, strengths and weaknesses; and you’ll be levelling them up across missions. Flanking actions and terrain will impact your tactical positioning as well.

PES 2017 on PC confirmed to be another inferior port