In the grim darkness of the far future of the Warhammer 40,000 (40K) universe, there is only war. But there’s good news on the horizon. That’s because in the short term future, for 48 hours, Warhammer 40,000: Space Marine is free on Humble Bundle. 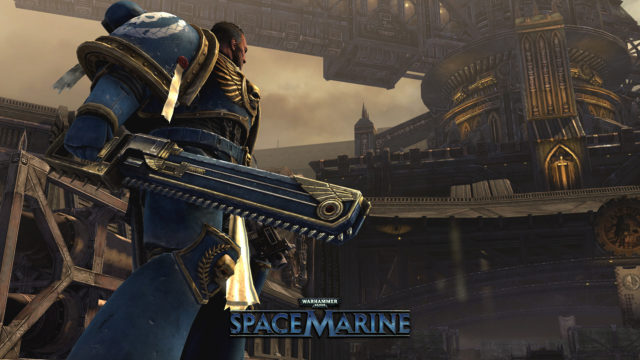 Warhammer 40,000: Space Marine puts you in the very heavy power armor boots of Titus. The Captain of the Ultramarines 2nd Company is tasked to defend the Forge World of Graia against encroaching Orks. Not only that, as the campaign progresses you’ll encounter even nastier foes. Chaos Space Marines, part of the Chosen of Nemeroth Warband, will hound you at every turn. Alongside them are countless cultists and daemons.

Warhammer 40,000: Space Marine was well-received by many fans. It wasn’t just because of the gameplay — the visceral and gory action reminiscent of Gears of War. It was also due to being one of the few games in the Warhammer 40K universe that actually delivered on the experience of the brutality of an unending war. Plus, everyone got a chance to play as the Ultramarines, the boys in blue. They’re essentially 40K’s most popular chapter and the most maligned — much like Cato Sicarius.

Smash some Weirdboyz and stomp on some Khornate Bloodletters for Forge World Graia. March for Macragge as a son of Guilliman and experience Warhammer 40K action for free.

Head on over to Humble Bundle to grab a copy of the game. Again, it’s a limited time promotion — 48 hours, or until keys run out. Please note that you’ll need to sign up for Humble’s newsletter. Don’t forget to redeem your keys before they expire on September 15 at 10 a.m. PT.