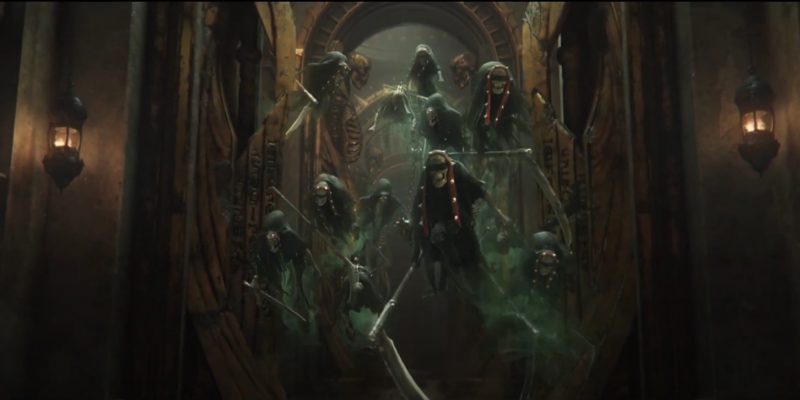 Much was expected to come out of the Future Games Show, and viewers were certainly not disappointed. We got to see the first gameplay of The Lord of the Rings: Gollum, deeper dives into Savior and Humankind, and much more. Fans of the Warhammer universe are not getting left out either. In a new trailer from Carbon Studio, we got a different look at the VR exclusive Warhammer Age of Sigmar: Tempestfall.

There are simply too many games in development for the Warhammer property to keep track of, but this particular one stands out. Warhammer Age of Sigmar: Tempestfall is a VR experience that puts the magic in players’ hands. If you like wielding the powers of storm magic, it is time to take notice.

Set in the Age of Sigmar, as the title suggests, the game will have you lead a task force of Storm Eternals. The immortal Storm Eternals are forged for the only purpose of eradicating Chaos, and are cased in magical metal. They most certainly take their jobs seriously. The Storm Eternals are blessed with superhuman speed and strength. The forces of good also pack some impressive golden Sigmarite armor. Players are taking on a sacred mission, and you will look damn good doing it.

As the Warhammer Age of Sigmar: Tempestfall trailer shows, we will be going up against the Nighhaunts. These undead wraiths are angry and have a fondness for taking lives. In order to rid the world of their menace, you will need to master both melee combat and magical skills.

There will be a full story campaign, with RPG elements thrown in for good measure. However, there is still plenty we do not know about the game. The aim is to release Warhammer Age of Sigmar: Tempestfall on both PC VR and Oculus Quest sometime later this year.

New trailer showcases The Lord of the Rings: Gollum gameplay