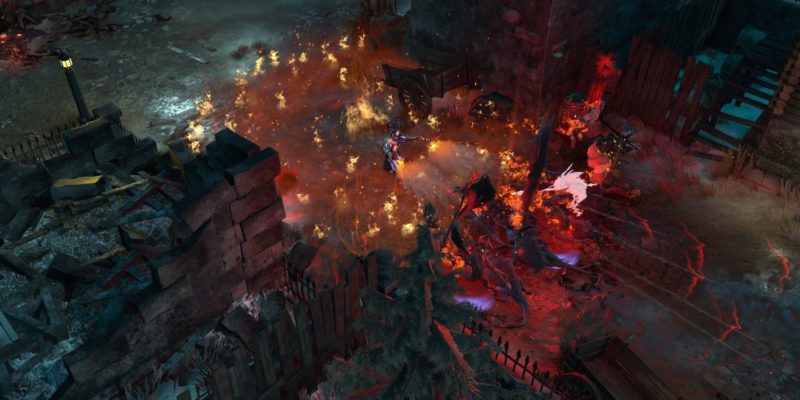 The Warhammer universe is pretty vast, and with the number of games that have used the lore as a foundation, you would expect to see plenty more if you are a fan of the franchise. In the action-adventure roleplaying genre, Warhammer: Chaosbane certainly fills the gap when it comes to fighting back against the hordes of Chaos. As the last hope for the Empire of Man, you and three other friends can take up this challenging task as several classes of heroes. Following the free addition of the Dwarven engineer Keela, there is now a Warhammer: Chaosbane Witch Hunter DLC available to bolster your ranks.

The addition of Jurgen Haider as a Witch Hunter will spice things up for sure. Wielding both his rapier and pistols, he can bring his holy fire to the fight through different abilities. The new Warhammer: Chaosbane Witch Hunter can also utilize traps. Dropping spring-steel bear traps is always fun when they catch inattentive foes. However, this is not the only big addition coming to the game.

A host of changes

There is also now a Warhammer: Chaosbane Slayer Edition bundle that brings together all of the add-ons and the base game. There is also a big update for the game as a whole. Players will experience new zones, expanded hub areas, an expanded Bestiary, and an optional 4K texture pack that is free to download. Now you will have more forces of Chaos to contend with. The full patch notes are certainly a handful, with plenty of changes made to the game with the new Slayer Edition benefiting as well.

Both the Praag and Nuln hubs have been extended, with new NPCs added to the Tomb Kings Hub as well. New raids have also been added to both Acts one and two, alongside nine new enemy types. For those looking for more relic hunting, you are in luck as well. There are many bug fixes and rebalancing for the five classes. In any case, now seems like a good time to join the fight. That Warhammer: Chaosbane Slayer Edition bundle will set you up nicely.

Destiny 2: Witch Queen will not see any locations unvaulted