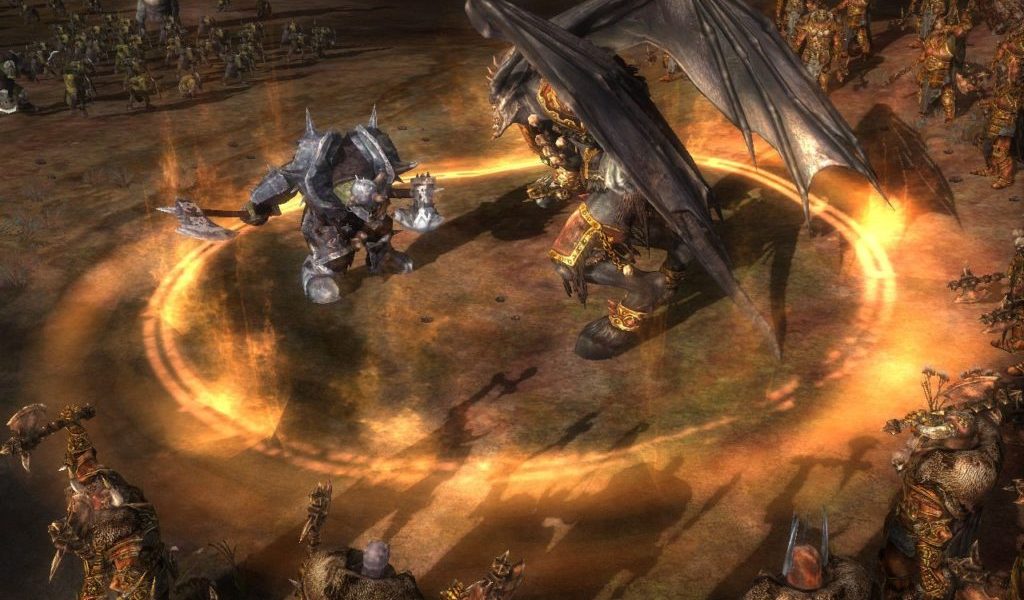 Fans of GOG are always looking forward to seeing what games they’ll resurrect from the grave next, and this latest installment is one for the tactical gamer. Warhammer: Mark of Chaos, a real-time tactics game from 2008, is now playable again. This marks the first time the game has had a release on a digital storefront. That’s right, Mark of Chaos comes to us from the distant past-life of PC CD-ROM games.

The GOG release also includes the Battle March expansion, which brings a new campaign and new races to play as. If the latter title sounds familiar, it’s because the game’s Xbox 360 release was aptly renamed as Warhammer: Battle March.

As a nice bonus, the game will be discounted at 10% off during its first week. This week also marks GOG’s Warhammer sale, so tons of Warhammer games will see discounts as well.

Mark of Chaos cuts the fat from the RTS formula

One of the notable aspects to Warhammer: Mark of Chaos is that the gameplay focuses all on combat. There are no base building or resource management elements. Players looking for a strategy game that’s lighter on the resources would likely find something interesting in Mark of Chaos.

The game also lets the player choose either good or evil, offering the Chaos, Empire, Skaven, and High Elf armies. The Battle March expansion brings the Dark Elf armies, as well as goblin and orc armies, to the table. The game does feature multiplayer, but sadly it is only available via LAN.

As for single-player content, Mark of Chaos has three playable campaigns. Players engage with enemies using a pre-selected troop lineup. Then, winning battles earns the player gold. At the end of each battle, the player accesses a map, revealing where the enemy troops are.

From the map, you can either move forward to the next battle, or access towns and encampments. In town, you can purchase troops, equipment, and upgrades. There are also side-quests, a duel (one-on-one mode) mode, and skirmishes that allow you to play multiplayer against the computer.

If this sounds interesting to you, hop over to GOG to check it out! Warhammer: Mark of Chaos is currently available on sale for $8.99 USD.

Warframe update overhaul — The calm before the storm

By Leo Gillick3 days ago
News