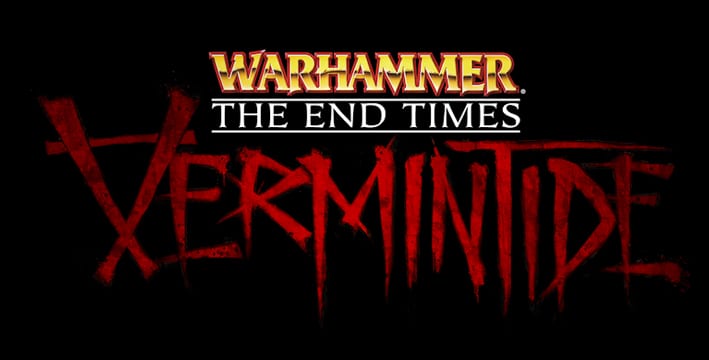 Warhammer: The End Times – Vermintide is due to launch this Friday (23rd October) and has sold well over this past weekend, number 1 on Steam in fact. Those who have preordered can have immediate access via a playable beta, in which your progress will be saved for the launch version.

Vermintide is a co-op action first person shooter and melee combat adventure which allows you to play as one of five heroes. The heroes each have their own agenda and backstory expanding the rich Warhammer lore and will have access to unique weapons and abilities.  Each weapon type has its own attack, such as decapitating or slicing in two with bladed weapons, or knocking back and stunning with a shield, headshots with ranged weapons or knocking into next week with heavy weapons.

Set in Ubersreik you find it has been overrun by The Skaven, malcious and cunning rat-men of multiple types. There’s the Packmaster who commands great hordes of clan rats with whips and some stern words, or the Rat Ogre with its massive size and no doubt equally massive hit points.  There are also more single-minded rat-men such as the Poison Wind Globadier and the Rattling Gunner who will attack with steely determination killing all in their path, including other rat-men which promises some interesting tactics for the smart player.

The loot system is diced-based where the quality of the reward is determined by mission performance; making certain choices during a mission will increase the difficulty as well as the potential reward.  Loot can be further altered and personalised via the Forge.

You can join up with 4 other players for co-op play but if you don’t have enough people then the slots can be filled with AI.

Peter and Tim have just done a PC Invasion Plays in Vermintide if you want to see how we found it.

The Steam page has purchase details; there’s a 10% discount in place at the moment.

The official video below gives a very good overview of the game and its mechanics and there is a small gallery of shots that I’ve gathered as another taster.