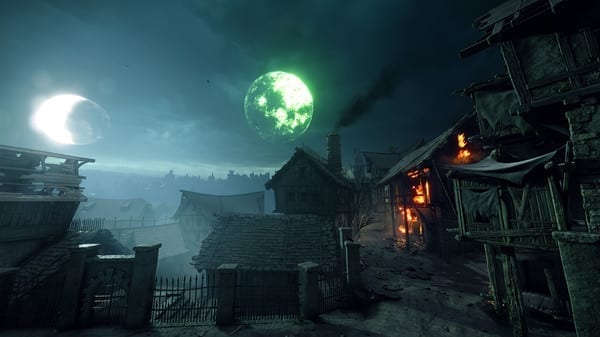 There’s more Skaven-slaying action is in store for Warhammer and Vermintide 2 fans when Shadows over Bogenhafen releases on August 28. Still, if you’re on the fence whether to get the DLC or not, perhaps the beta could sway you. The Shadows over Bogenhafen beta for version 1.2 is now available on Steam and you can opt-in to see what all the furry raki fuss is all about. Watch the gameplay video below from YouTube streamer MilkandcookiesTW.

Shadows over Bogenhafen — What’s gonna hafen in the beta?

Developer Fatshark has noted that you can play two missions from the Shadows over Bogenhafen DLC — “The Pit” and “Blightreaper” — both taking place in the infested town. Apart from that, there will be new Okri’s Challenges and Weekly Quests for players to test their mettle against the cursed Skaven and Norsca hordes. Fatshark have also mentioned that those who do end up buying the DLC will gain access to new cosmetics as rewards from these challenges and quests.

Apart from having an entirely new location to explore, players will also experience a ton of improvements in Vermintide 2. According to Fatshark, patch 1.2 will be the biggest release in terms of bug fixes and optimizations. For instance, we can expect less framerate lag and freezes during the game with the reworking of assets, particle effects, and horde spawns.

Bug fixes and tweaks for version 1.2 include the following:

There are many more bug fixes in store for the 1.2 patch and Shadows over Bogenhafen. You can check out the full patch notes here. Naturally, if you participate in the beta, you could be one of those finding out secrets a lot earlier than others. Watch some Vermintide 2 players discover a few “cheesing” mechanics along the way.

Get scared silly with the new Humble Spooky Horror Bundle

A new gameplay trailer for A Plague Tale: Innocence showcases survival against swarms of rats