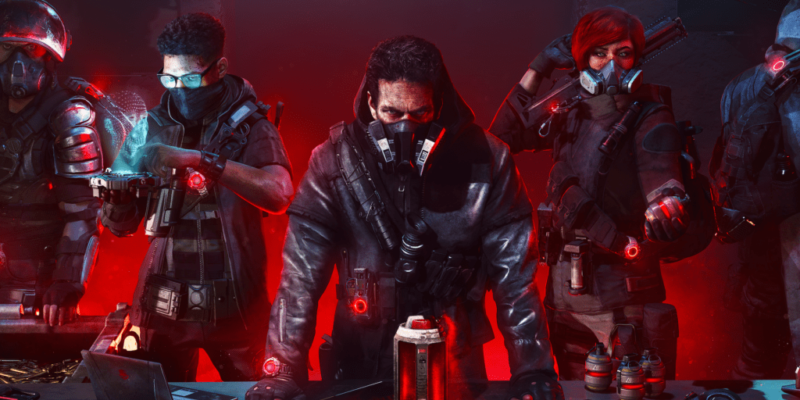 As a tentpole franchise for Ubisoft this generation, support for Tom Clancy’s The Division 2 has been strong since release in February 2019. Improving upon the original in almost every aspect, the live service game is slated for another expansion next month.

March 3, the Warlords of New York expansion will bring the agents back to the Big Apple. The hunt for rogue agent, Aaron Keener, and his ilk will resume. Set to release a new plague, it is up to you to stop his nefarious plans again.

Keener is not alone, however, and is backed up by his four lieutenants. In a new animated short, we learned more about these dangerous individuals.

They include chemical engineer Vivian Conley, who has aligned herself with the Cleaners faction. Former drone engineer and hacker Theo Parnell is also part of the crew. Then there’s Javier Kajika, a former Black Op on a path for revenge, and James Dragov, master of heavy weapons who is now leading the iconic Rikers faction.

Cool art style aside, the short film does set up our villains nicely. It seems likely we will finally face off with the antagonist from the original game, and for fans, taking down Keener has been a long time coming.

Fighting to take back Lower Manhattan will be no easy task, judging from the four vastly different lieutenants. With their different affiliations, it will be safe to say we can expect different enemies and arenas to enjoy the great shooting in The Division 2.

In celebration of the upcoming launch of Warlords of New York, The Division 2 is going free. Happening from February 27 to March 2, the free weekend will give newcomers a taste of the experience. Players are free to discover Washington DC and the events leading to the expansion.

Even better, progress made during the free weekend will carry over to the full game as well. There are also no level caps or play restrictions.

Warlords of New York will bring more than just story to the game. There are new Division 2 content and Season Passes to look forward to. Progression is also getting overhauled, plus a new difficulty to challenge the toughest of agents.