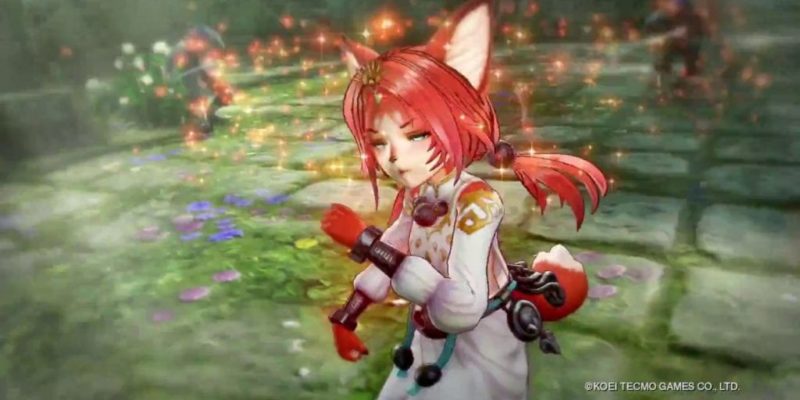 A new trailer featuring the Tamaki Clan introduces some of those characters including Zhao Yun, Lu Bu, Wang Yunaji and Zhou Cang from Dynasty Warriors, Oka, Tokitsugu and Horo from Toukiden, Sophie and Plachta from Atelier Sophie: The Alchemist and the Mysterious Book, Opoona from Opoona, and princess Tamaki.

There is a relationship between all characters as Koei explains:

Within this volatile setting, the player must choose their allies carefully. By engaging in Key Battles and taking on Free Scenarios, players will gain access to their faction’s roster of warriors and craft their dream team. Character choices will affect the course and conclusion of the game, as their friendships are key to how the game’s story unfolds, which is further enhanced with the addition of the all-new Bond system. Relationships between characters can improve by fighting alongside one another and spending time together in the Barracks. The closer the Bond, the stronger the abilities unlocked to gain an upper hand on the battlefield.