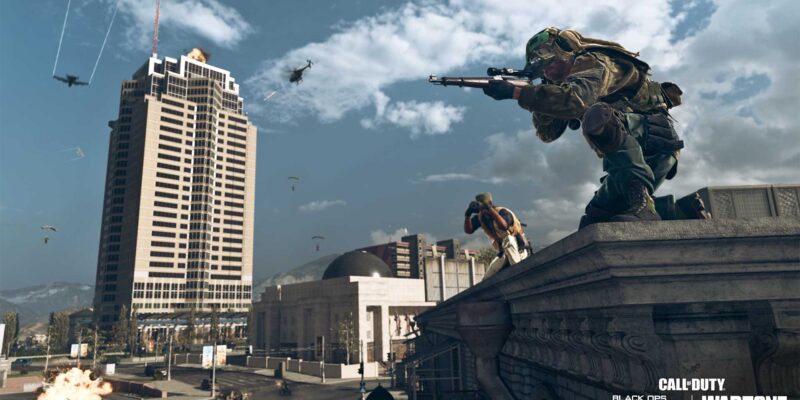 The Call of Duty: Warzone Season Four Reloaded update rolled out new content into the battle royale. At the same time, the update shook up the meta by making adjustments across several weapon classes. One aspect of Call of Duty: Warzone that has not changed is the amount of bugs that players are encountering. The update prompted the return of some old bugs such as the invisibility bug. Now, it appears that there is a new bug in town that is ruining Warzone matches by not allowing you to shoot through seemingly open railings.

The latest bug will put you at a huge disadvantage if you find yourself on the wrong side of it. A Call of Duty: Warzone player posted a clip to Reddit, showing how they fell victim to the railing bug. As you can see from the clip, the player is aiming and shooting through a railing on the stairs at an enemy. As seen in the video, it appears that the player was dealing no damage to the opponent despite shooting directly at the target. The player then gets taken down by the enemy which is able to shoot through the railing from the other side.

Just another instance of invisible collision

The one way railing bug in Warzone can be extremely annoying to deal with. This is especially true since you can shoot through various walls in Verdansk ’84, but it appears your bullets are unable to travel through an open railing. Fellow Warzone fans were quick to share their frustrations about the glitch. At the time of writing, Raven Software has yet to address this problem. For now, you can only hope that you do not encounter the railing bug in Warzone. If you do, you may get lucky and get on its good side.

Are we genuinely not able to shoot through this fence made of 95% air? from CODWarzone