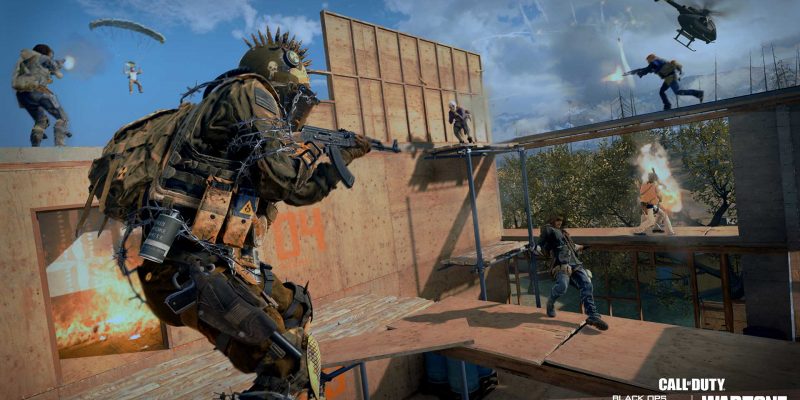 Call of Duty: Warzone Season Three Reloaded has introduced some new content for fans to enjoy. This includes the changes to the Verdansk ’84 map, ’80s action heroes joining the team, and more. Also, players have been getting stuck into the Power Grab limited-time mode which brings a new experience to Warzone. The limited-time mode removes traditional aspects of Warzone such as the Gulag. Instead, players are tasked with collecting tags and respawn tokens. Even though it has proven to be a hit, another one of those infamous Warzone bugs has emerged, this time causing issues with the slide boost mechanic.

Sliding is one of the most useful mechanics in the battle royale. Since the launch of the game, mastering the slide cancelling mechanic has been an important part in getting victories. However, in the Power Grab limited-time mode, players have found that they are able to slide much further than intended. A player shared a clip of the bug in action on Reddit.

Once the player collected the dog tag which gave them the boost, the power-up seemed to not stop. As you can see, the player does appear to slide extremely far. Moreover, the blue marker demonstrates to Warzone fans just how far the bug allowed them to go.

Sliding your way to the Warzone win

For now, it appears that the sliding boost bug only occurs in the Warzone Power Grab limited-time mode. The bug does offer the player more mobility which may give them an advantage in a battle. It will be interesting to see if the developers roll out a fix for this issue. However, there are more prominent bugs in Warzone at the moment causing issues. Included, is the ability for players to access the various areas underneath the map. To keep up with the bugs and glitches Raven Software are addressing, you can keep an eye on the Warzone Trello Board.

Stuffed preview — Bear with me