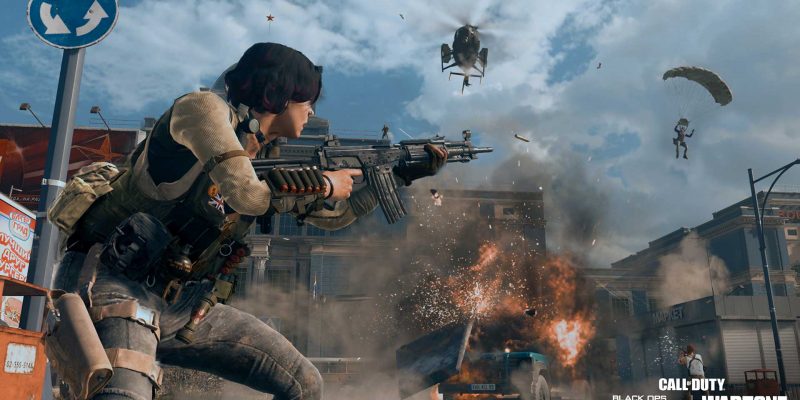 Ever since Call of Duty: Warzone launched, hackers have been a major problem in the battle royale. Even though the developers have tried to combat hackers, players still frequently encounter them in matches. Now, hackers in Verdansk ’84 have taken things a step further than the traditional wall hacks and aimbots. Although it does not help them to win or rack up kills, it appears that Warzone hackers are able to bug out their operator skins.

An image was posted on the Call of Duty: Warzone Reddit page showing a hacker with the strange looking skin. As you can see from the image, the hacker was able to win the game. However, the most noticeable aspect of this image is that the majority of the operator skin is pink.

Not the first time it’s been spotted in the wild

Fellow Call of Duty: Warzone players were quick to comment on the issue. On the whole, many players shared their frustrations surrounding cheaters. Notably, many other players commented that they had seen the bugged pink skin before and the player did turn out to be a hacker.

If you spot a player with this skin in your matches, it may be a good idea to avoid them as best as you can and hope they get taken out. Luckily, the skin is bright pink, so it should stand out in most areas of Verdansk ’84 and Rebirth Island. Unfortunately, if you do encounter this skin, it is more than likely that you will be taken down in just a few seconds.

Hackers having the ability to bug out their Warzone skin is just another example of the many exploits that are possible. Unfortunately, Activision hasn’t commented on this specific hack at the moment. The next time you drop into Warzone, it is important to be aware of this issue.

Beware of pink suit hackers… Second encounter. He dropped a 46 bomb from CODWarzone

Frostpunk is free on the Epic Games Store, it’s time to rule the frozen wastes