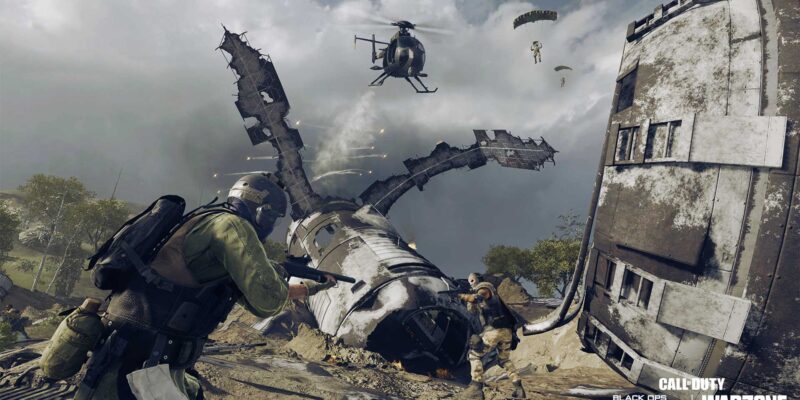 Hackers have been taking over Call of Duty: Warzone matches, causing chaos around Verdnask and Rebirth Island for months. Players have recently encountered hackers using more traditional ways of cheating, such as wall hacks and aimbots. However, some hackers have been able to eliminate players with silent aim, equip unreleased camos to their weapons, and more. Just when you thought you’ve seen every possible way of cheating, a new hack has made its way into the game. Hackers are now taking to the skies in Warzone, on flying vehicles.

A clip was posted to the Call of Duty: Warzone Reddit page showing the hacker in action. As you can see, the player is navigating the top of the Superstore when they are suddenly downed and eliminated. Then, the kill cam reveals the shocking way they died. A hacker, who was sat on a motorbike, was able to launch themselves up in the air. Already, this gives the hacker an advantage as they are able to get a better view of the map. Once they are in the air, it appears that the motorbike is able to lock on to the player and crash into them. Ultimately, the player who fell victim to the hacker had no way of defending themselves.

Hackers on flying vehicles, what will they do in Warzone next?

With hackers showing they can create new ways of cheating with flying vehicles, who knows what else they could develop next. At the time of writing, developer Raven Software is yet to comment on this hack. However, when the new Pacific Warzone map is released, an anti-cheat system will be introduced into the battle royale. During the Call of Duty: Vanguard multiplayer reveal, it was announced that an anti-cheat for Warzone is still being tested. Until then, you can only hope that you and your squad do not get wiped out by a Warzone hacker roaming around on a flying vehicle.

When you thought you’ve seen it all. Now hackers have flying guided motorbikes. Activision can you WAKE UP from CODWarzone