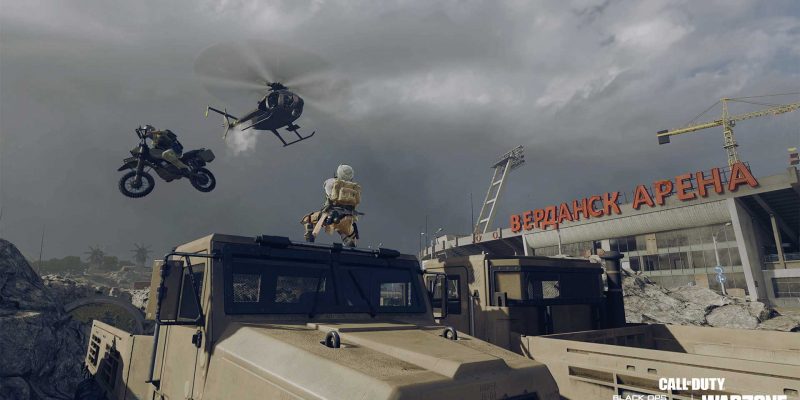 Call of Duty: Warzone Season Four has been riddled with pesky bugs and glitches. Even though Raven Software has rolled out various updates, it appears that more and more bugs keep popping up. Vehicles are an integral part of Call of Duty: Warzone, and helicopters are one the most popular vehicles classes. Whether you are going for high kill games or rotating to the next zone, helicopters are a useful part of Warzone. Unfortunately, a new bug is ruining players’ experiences while flying helicopters.

A Call of Duty: Warzone fan posted a clip of the bug in Verdansk ’84 on Reddit. As you can see, the player is easily able to destroy a helicopter with just one shot from the R1 Shadowhunter Crossbow. If that was not crazy enough, the weapon can also destroy friendly helicopters. In addition, the player notes that the bug only seems to work when the helicopter is tilted slightly and is moving at maximum speed. Once you destroy the helicopter, you do not get any credit, instead the game treats it as if the pilot crashed.

The Warzone helicopter bug is definitely a strange one. Hopefully Raven Software address it before it becomes a bigger problem in the game. Until then, it may be worth ditching the helicopters in favor of a ground vehicle to avoid a potentially frustrating death. However, the developers have more pressing issues at the moment such as the ongoing battle against hackers along with the precision airstrike bug.

Update: Not only can the R1 crossbow kill Helicopters in one shot, It can destroy FRIENDLY heli’s too (with POV) from CODWarzone