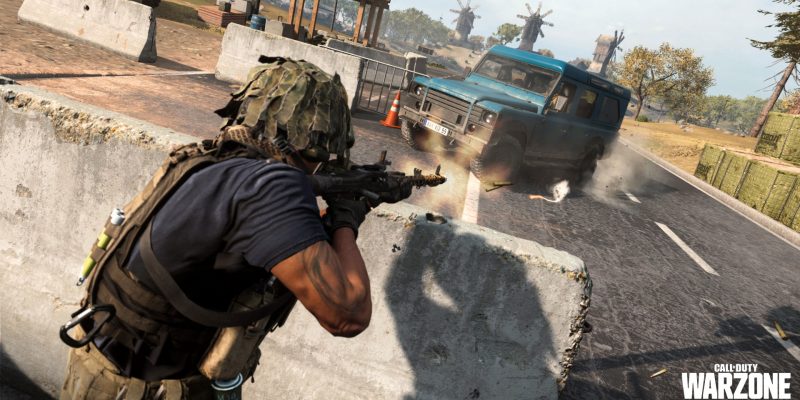 Call of Duty: Warzone players have already spotted nukes landing on the map — but they aren’t very effective. The game seems to have a new glitch that causes nuclear missiles to fly through the air without creating any real damage once they touch the ground. Warzone is expected to have a nuke event soon, but not for another few weeks. These premature missiles have only served to give players a preview of what to expect later.

Warzone players have shared video footage of several hilariously anti-climactic nuke landings. In one video by ModernWarzone on Twitter, the player could see a nuke plummeting down to Verdansk. The huge missile landed behind a building mere feet from the player and absolutely nothing happened. A cloud of smoke appeared, but the footage momentarily went silent upon the nuke’s impact and nothing exploded. Welp.

Verdansk has officially been nuked 🤣 https://t.co/r7UHmTMBGa

Reddit user AmedeeO10 also shared a video of several nukes launching from a distance during a King Slayer Trios match. Again, the weapons simply disappeared into the ground when they landed. The nukes seem to tease what fans will see during the upcoming nuke event, which is slated to take place around April 21. Hopefully those nukes will actually work.

Warzone nuke event to pave the way for a new Verdansk

The Warzone nuke event is slated to arrive with the start of Season 3 at the end of this month. It’s rumored that the event will eliminate Verdansk from the map or bring major changes to the area. In recent weeks, zombies invaded several areas of Verdansk. The area will no doubt soon be overrun, leading to a huge zombie takedown with — you guessed it — nukes. Activision did previously hint that Verdansk would soon see a “reckoning,” so its elimination does seem imminent. Verdansk should still be around for a few more weeks, so for now, you can watch the nukes fly through the air with no consequences.