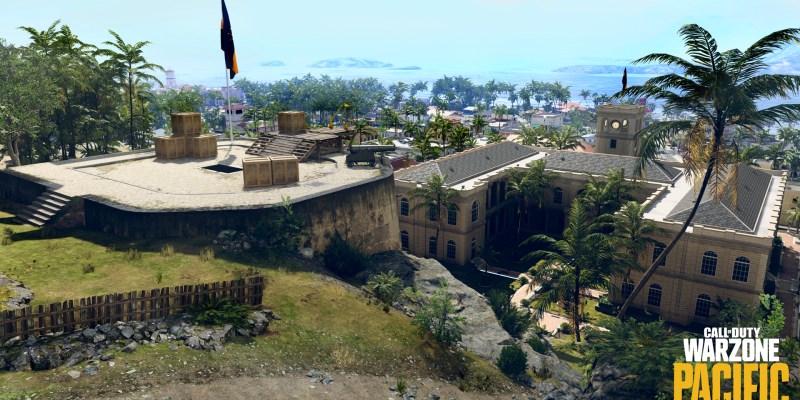 Call of Duty: Warzone Pacific transformed the battle royale as we know it. With a new Caldera map and the introduction of Vanguard weapons, fans were met with a fresh experience. However, since Warzone first launched back in 2020, the game has seen more than its fair share of bugs and glitches. In the past, we’ve experienced visual bugs, players having the ability to get inside of walls, and so much more. It appears that some bugs have stuck around, and travelled to the Pacific with us. The latest bug is allowing Warzone players to gain an infinite slide when mounting their gun.

In Verdansk and Rebirth Island, sliding could only be achieved while your character was running. By now, everyone knows just how important sliding is and how it can be used to outmaneuver an opponent. Notably, the launch of Vanguard debuted a new mechanic that allows you to move while mounting your weapon. This has been taken to a new level as shown by a clip posted on Reddit. Once the player mounted their weapon, they started to slide up the wall without stopping — and at a consistent speed.

Sliding while mounted does not feel very natural in Warzone

Already, it can be difficult enough to kill a player who is mounted. The addition of sliding could be more of a challenge. Also, the bug may prove useful if sliding while mounting in Warzone is faster than sprinting up a hill. Currently, it is unknown if the bug can be replicated on other areas of the map. For now, we will have to hope that Raven Software deploy a fix before Caldera is filled with players using the bug.

You can keep an eye on the bugs and glitches that the developers are working on by visiting the Warzone Pacific Trello Board.

Mount and slide uphill from CODWarzone