Back in January, Activision released a statement acknowledging the problems and frustrations players were experiencing across Call of Duty titles. This includes Modern Warfare 2019, Black Ops Cold War, and Warzone Pacific. Although some bugs have been squashed and past updates have addressed some stability issues, there is still a lot of work to be done. Thankfully, Raven Software is back to eliminate more bugs with another Warzone Pacific patch.

One of the most notable fixes featured in the patch are the inconsistencies in the speed in which operators would parachute into the battlefield. No matter which operator you choose to run, everyone will now be on an even playing field. Other fixes have targeted Heavy Weapon Crates. The patch repairs an issue in which armor satchels acquired by these crates got equipped with zero armor plates available. In addition, the patch fixes a problem that caused Heavy Weapon Crate pallets to appear as non-interactable ground loot

Nothing is useful outside of the map

In Rebirth Island, you may have encountered scavenger contract loot crates popping up out of bounds. Similarly, the circle in Caldera could make its way outside of the playable area. Both of these issues have been addressed in the update. There should be no more activity taking place that is out of reach.

Some smaller visual glitches have not been forgotten. Included is the new Armaguerra 43 incorrectly appearing as a different submachine gun and the text on party invite notifications to appear wrongly aligned. Also, the incorrect game mode showing up on the menu while queuing should now be a distant memory.

We can expect Raven Software to continue the release of Warzone Pacific patches to keep removing bugs. After all, a recent update to perks gave us a taste of what is to come in Season Three. 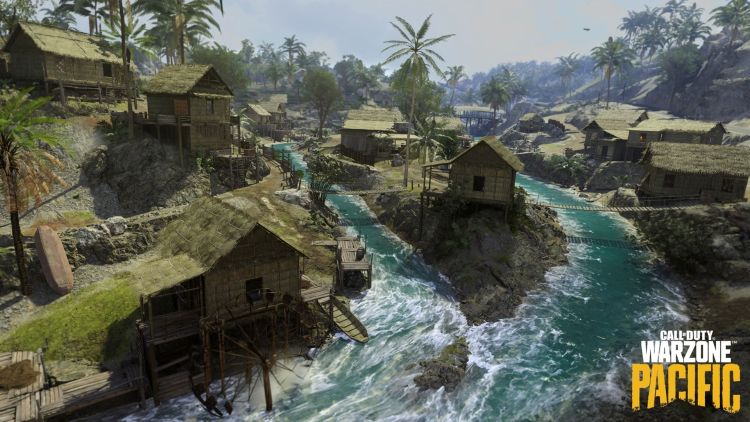