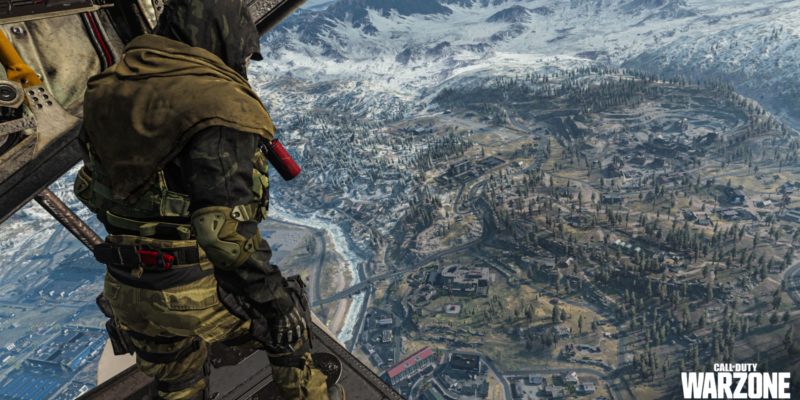 Call of Duty: Warzone is one of the most popular battle royale games. However, this does not stop it from having various bugs and glitches. Another new way to do the infinite stim glitch was just recently found. Now, a new bug has been discovered involving one of the most important aspects of the game. Parachutes allow you to land safely into Verdansk or Rebirth Island at the beginning of the game. As well as this, they can be used to move around the map and potentially escape from enemy players. The bug is making parachute landings in Warzone problematic, although some fans are able to see the lighter side of the bug.

A Call of Duty: Warzone player posted a clip on Reddit of them landing into Verdansk. As you can see from the clip, the entire animation is glitched. Instead of gliding, the operator shuffles through the air. At the same time, the parachute points at a strange angle. This makes the operator look a bit ridiculous to say the least.

Many players saw the funny side of the clip, but the glitch can potentially put players at disadvantages. It appears that if you encounter the parachute bug, you will descend at a slower pace. This may prove to be game changing at the very start of a game as it can give enemy players opportunities to obtain the best loot first.

Haven’t seen this one before from CODWarzone

Watch out the next time you open your parachute

The developers release patch updates fairly often. For example, the DMR 14 tactical rifle was nerfed twice. It will be interesting to see if the Warzone parachute bug is addressed in the near future. Until then, you can follow which bugs and glitches the developers are working on by using the Black Ops Cold War and Warzone Trello Board.

Not For Broadcast gets a massive new update with Episode 2