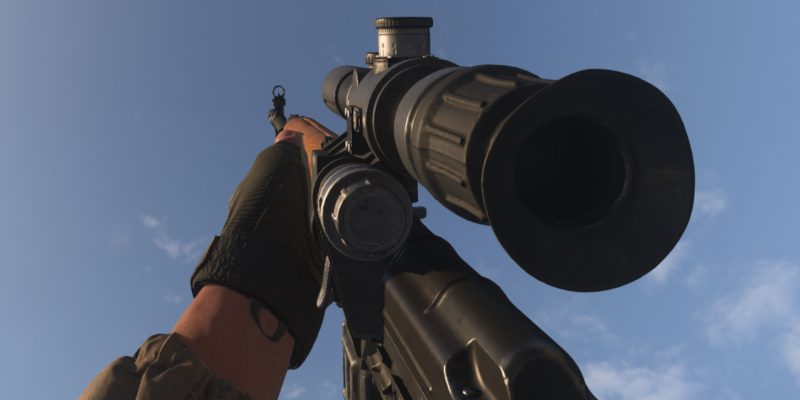 Throughout the six seasons of Call of Duty: Warzone, many weapons have entered and left the meta. However, some guns have never gotten the chance to shine, stuck in a constant state of mediocrity. These are the guns that are in desperate need of a buff going into Warzone Season Three.

Of course, it’s easy to just name a bad gun and move on. So, to add some meaning to this article, I think it’s important to also specify exactly what should be done to make each weapon viable. With the right changes, it’s possible for even the worst gun in Warzone to become competitive.

For the longest time the spot the Dragunov was left in was unfortunate, but made sense. Its only competitors were the HDR and AX-50. Both of these are heavy, bolt-action sniper rifles that have slower handling as a trade-off for their one-shot kill potential.

Six seasons later and the sniper meta is in a significantly different place. The Kar98k has rifle-like handling but can one-shot at any range. Also, the M82 and Rytec AMR are both semi-automatic, anti-materiel rifles capable of consistent one-shot kills. 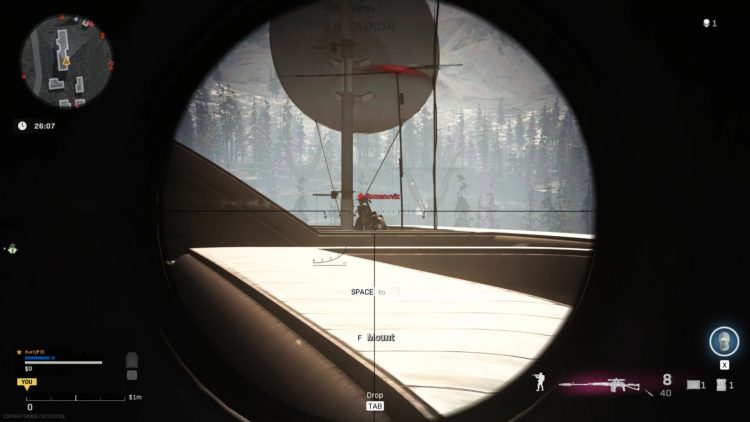 The Dragunov’s damage cap of just 140 no longer makes any sense. Every other sniper rifle in Warzone is capable of the 250 damage required for a one-shot kill. Considering that it has a slower bullet velocity than the other snipers, I doubt that buffing its damage cap in Warzone Season Three would make the Dragunov too strong.

It’s not like the Dragunov doesn’t have other issues that keep it in check, either. The flinch a player receives when getting shot at with a Dragunov equipped is intense. That can make landing shots if you fire second extremely difficult. Furthermore, the Dragunov suffers from a substantial kick between shots. You have to be a skilled sniper to land any necessary follow-up shots.

This is not the first time that I’ve asked for a FR 5.56 buff. Last August, Infinity Ward buffed the FR 5.56 by giving its underbarrel shotgun attachment best in slot damage. It could consistently one- and two-shot enemies well over 10 meters.

Although most likely a bug, it was still sad to see the FR 5.56 fall back into irrelevancy once the attachment was fixed. At the time, it was the only burst rifle in Warzone. It’s understandable why Infinity Ward didn’t want to make it too strong. 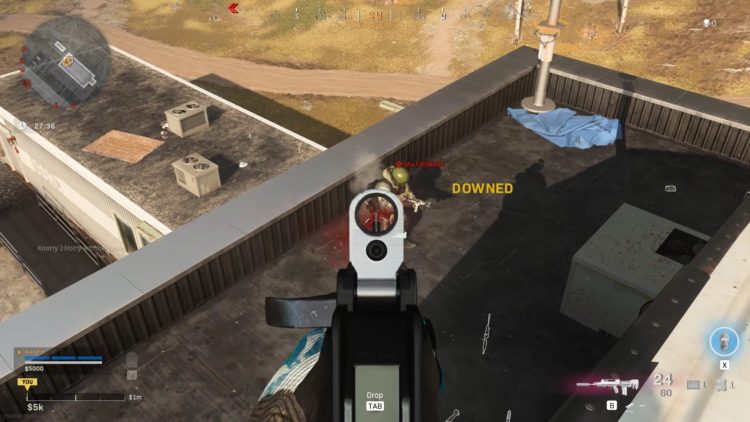 Since Raven Software has taken over development, the approach to the burst rifles has completely changed. The current Warzone meta sees the Black Ops Cold War AUG perform as the best long-range rifle in the game. Also, the M16 is not only better than the FR 5.56 up close, but also has a more favorable recoil pattern for long-range encounters. Making the FR. 5.56 as strong as the AUG is not the solution, but it does need some kind of buff in Warzone Season 3.

If the AUG is the long-range burst rifle and the M16 is the most rounded of the three, why not make the FR 5.56 the close-range burst rifle? Shortening its burst delay would run the risk of making the FR 5.56 too good in regular multiplayer. Instead, raising its base damage from 40 to 45 per shot seems like the best idea. With this change, the FR 5.56 could kill a fully armored enemy in two bursts. The resulting time to kill would be good enough to allow the FR 5.56 to compete in both close quarters and at mid-range.

One of the worst balance decisions a developer can make in a first-person shooter is to create a gun with no purpose. If there is another weapon that performs better than a similar gun in every way, then that latter gun needs a buff. Or perhaps even a rework in the most extreme of cases. 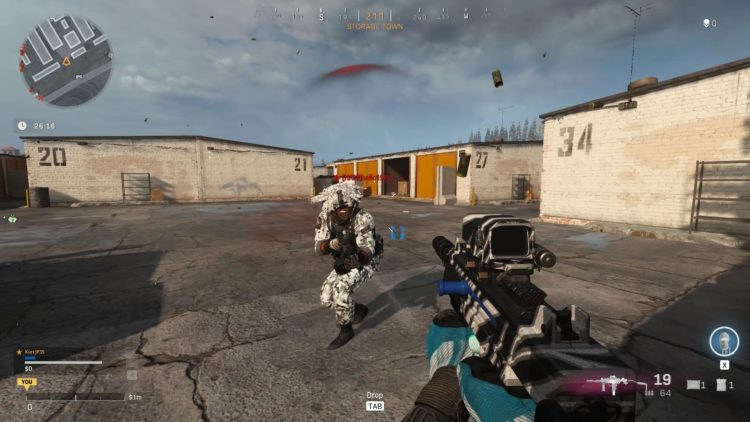 Although the Milano 821 does get access to a larger 55-round magazine, that’s where the pros of this SMG end. Not only does it output a low damage per shot value for a submachine gun, but it also has a painfully slow fire rate. Couple those problems with its sub-par iron sights and it becomes very difficult to justify ever using this gun.

I’ll assume that Raven Software wants to keep the Milano 821 as a slow-firing but accurate SMG. If so, it would be best to buff its base damage from 30 to 35 in Warzone Season Three. This would reduce its shots to kill by one, and bring it more in line with the other decent (but not meta) submachine guns. Even if that was only enough to put it on the same level as the P90, that’s still a lot better than where it is now.

Of the four guns on this list, the MG34 is probably the best. While the other three are effectively unusable in competitive lobbies, the MG34 does have a niche. It is a light machine gun with a predictable recoil pattern and excellent fire rate.

However, it has one trait that has held it back in Warzone for over a year: it has some of the worst handling characteristics of any primary weapon. I don’t mean it has typical LMG-level slow handling, either. Even among the light machine guns, the MG34 is still particularly slow. 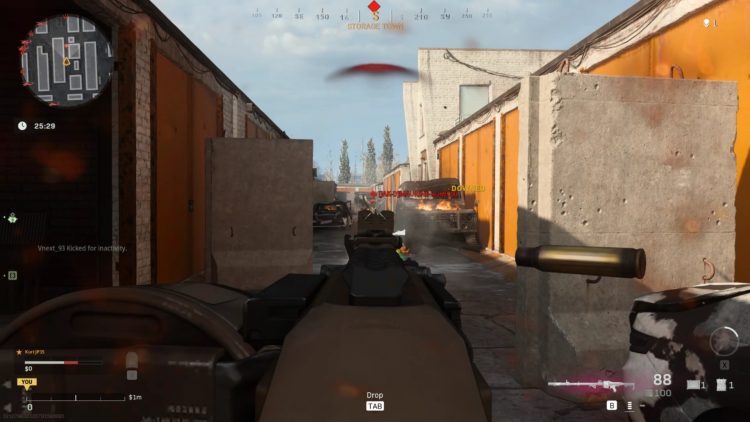 The MG34 provides a greater movement speed penalty than all of the other LMGs. Equally, its ADS (aim down sights) strafe speed is so low that it isn’t really possible to avoid incoming fire while aiming. I suspect the idea is that the MG34 is supposed to be used as a mounted LMG — as it would have been in World War II. Call of Duty is a fast-paced game, however, so this pseudo-turret role just doesn’t work well in practice.

Thankfully, the fix for this is simple. All Raven Software has to do is bring the MG34’s handling stats in line with the PKM. By buffing its movement and strafe speed, the MG34 would become a great choice in Warzone Season Three. Even though the MG34 has a faster fire rate than the PKM, I don’t think making this change would be problematic. After all, it still has an extremely slow reload time and a relatively small magazine for an LMG.

Aerosoft CRJ 550/700 for Microsoft Flight Simulator – Is it worth it?

By Kurt Perry7 days ago
Previews

By Lauren Sayles7 days ago
News